At Least 13 Killed In Lightning Strikes In Bihar And Uttarakhand 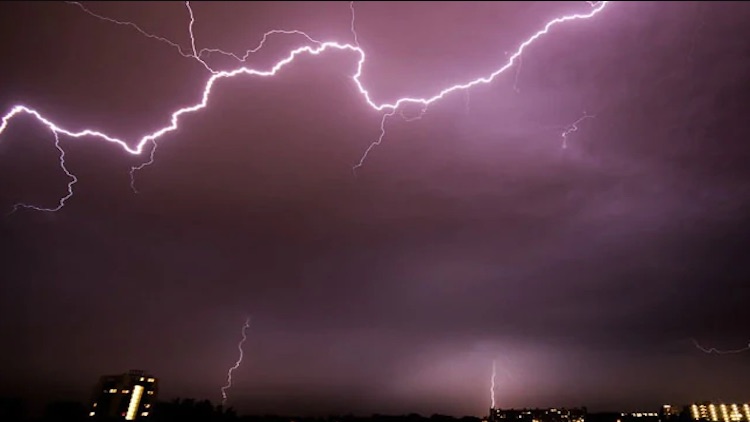 Heavy rains and lightning on Sunday caused huge devastation of life and property in many states. Bihar reported 10 deaths due to lightning strikes, three of these were reported in Purnia, two in Begusarai and one each in Patna, Saharsa, East Champaran, Madhepura, and Darbhanga.
Also Read:
England vs West Indies - 2nd Test Day 4 Report

3 people in the Madkot village lost their lives while 8 people from a neighbouring village are missing following a cloud burst. A rescue team is present at the spot: District Magistrate Pithoragarh V K Jogdande #Uttarakhand pic.twitter.com/bPQ1fAvjBl

Five houses were washed away after the Gori river was in spate in Pithoragarh’s Munsiyari. According to District DM VK Jagadonde, 30 other houses are also in danger due to heavy rains. All affected families have been evacuated to safer places.

Uttarakhand: 5 houses washed away in Munsyari after water level increased in the Gori river due to incessant rainfall. VK Jogdande, Pithoragarh DM says,"All affected families have been shifted to a safe place & will be provided compensation. 30 more houses are in danger." (19.07) pic.twitter.com/SUXoZGhc3P

Meanwhile, the first heavy monsoon rains in Delhi also killed four people. These include a truck driver who was trapped in an underpass filled with water. The Indian Meteorological Department has said that this year the monsoon has received six percent more rainfall than normal. However, there is a decline of 19 percent in rainfall recorded in Jammu and Kashmir, Ladakh, Himachal Pradesh, Uttarakhand, Punjab, Haryana, Chandigarh, Delhi and Uttar Pradesh.