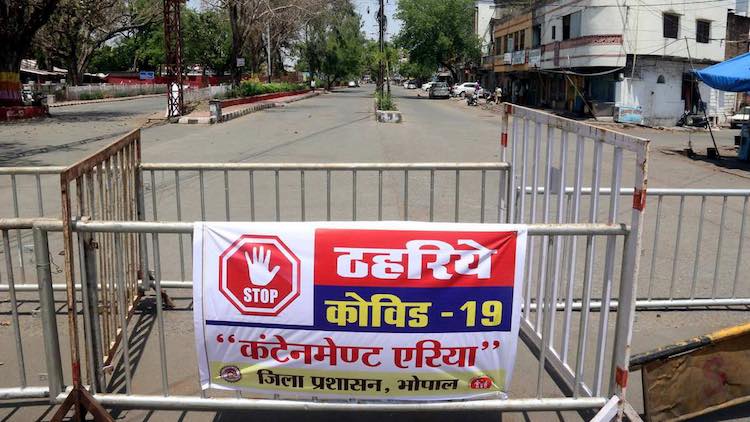 Madhya Pradesh’s capital Bhopal has been unlocked after a 10-day total lockdown came to an end on Tuesday. The Shivraj Singh Chouhan government removed all the restrictions in the capital, but the night curfew from 8 pm to 5 am will remain imposed. After the ban was lifted, markets have opened in all the areas including MP Nagar, TT Nagar. The Police are also patrolling in all the markets so that physical distancing norms can be carried out in a proper manner.

According to the unlock guidelines, all markets and offices will have to be closed by 8 pm in Bhopal, after which action will be taken against those opening shops and offices. The state government has said that the police will continuously patrol in all major markets and will also conduct checking operations at various places. Some areas have been identified in the capital where the crowd is high and people do not follow physical distancing. Patroling will be increased in such areas. If COVID-19 case is found in a private office after the unlock, the office will be sealed for 5 days. The state government also made it clear that despite the removal of restrictions, the containment zones in Bhopal will remain sealed and shops will not open in the zone. The central government has given permission to open gyms and yoga centres but gyms remain closed in Bhopal. The capital Bhopal in Madhya Pradesh is second in terms of infection. So far, a total of 6,793 cases have been reported, 2,380 of which are active. CM Shivraj Singh Chauhan, BJP state president VD Sharma, BJP state organisation general secretary Suhas Bhagat and Congress MLA and former law minister PC Sharma. Statistics show that more than 900 fatalities have been reported in the state so far.
TAGS Covid-19 coronavirus Shivraj Singh Chouhan unlock 3 Complete Lockdown Lockdown Bhopal Madhya Pradesh CM Madhya Pradesh