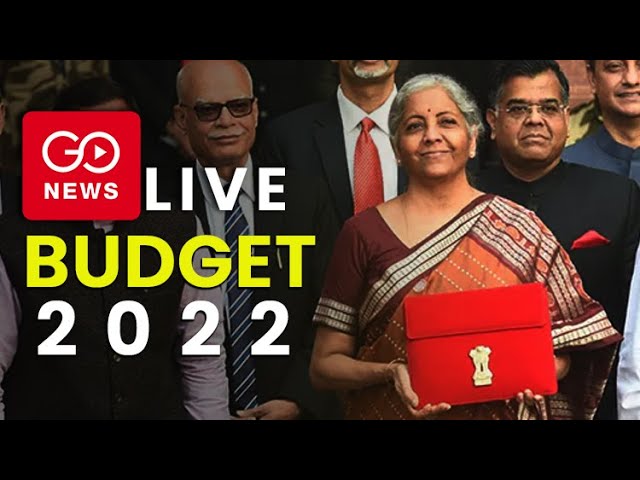 Finance Minister Nirmala Sitharaman presented the Union Budget 2022 in Parliament today in her shortest Budget speech since taking office in the ministry. The total allocation in the Budget is ₹39.45 lakh crore, whereas the target for fiscal deficit in 2022-23 will be 6.4%. The growth of the economy is estimated to be 8 - 8.5% in FY 2023, and the projected 2021-22 real GDP growth is 9.2%, which is the highest among the world’s large economies, as per Sitharaman.
Also Read:
Economic Survey 2022 Confirms Decline of 1.8% in GDP Growth Forecast From Last Year

The Finance Minister said that “this Budget is a blueprint for 25 years”. Telecom and Networking, Electronics and IT hardware, and Pharmaceuticals, have been provided PLI (Production Linked Incentive) schemes of ₹528 crore, ₹5,300 crore, and ₹1,629 crore respectively. The government has announced PLI schemes have been announced for 14 sectors with the potential to create 60 lakh jobs and stimulate production of ₹30 lakh crore. Opposition Unimpressed With Sitharaman’s Budget Opposition leaders Rahul Gandhi and Mamata Banerjee have slammed today’s Budget on social media, saying “it has nothing for the common man”.

BUDGET HAS ZERO FOR COMMON PEOPLE, WHO ARE GETTING CRUSHED BY UNEMPLOYMENT & INFLATION. GOVT IS LOST IN BIG WORDS SIGNIFYING NOTHING - A PEGASUS SPIN BUDGET

Major Flashpoints Of Union Budget 2022 Infrastructure Infrastructure announcements have been given a major push through capital expenditure, which will be increased by 35.4%, and to this effect, the government will spend ₹7.50 lakh crore next year, a sharp jump over ₹5.54 lakh crore in the current year. The PM Gati Shakti scheme is slates to increase the highways network of the country by 25,000 km. The government seeks to mobilize ₹20,000 crore to complement public investment in the same. The PM Gati Shakti scheme has seven major verticals, as follows: Roads, Railways, Airports, Ports, Mass transport, Waterways, and Logistics infrastructure. States will get ₹1 lakh crore as 50-year interest-free loans to develop infrastructure. 400 new trains will also be manufactured over the next three years. Other announcements include 100 PM Gati Shakti Cargo terminals developed over three years. National Ropeways Programme to be undertaken in PPP mode, 60 km. of projects to be awarded in 2022-23. 5G Spectrum auctions will also be conducted in 2022, opening up space for private providers to get into the market. Solar equipment manufacturing will get ₹195 billion in PLI schemes. Digital Economy: RBI Digital Rupee, Crypto Tax Aiming to provide a fillip to the emerging ‘digital economy’ in the country, it was announced that the RBI will launch its Digital Rupee using blockchain technology. Gains on cryptocurrency and transfer of virtual digital assets such as NFT’s will attract a tax of 30%. TDS will be charged at 1% on payments for transfer of virtual assets.  Bringing digital assets under the tax regime is an effort to intgrate them into the economy, according to commentators. Start-Ups Existing tax benefits for startups have been extended by 1 more year until March 2023. The time limit for incorporation for eligible start-ups for claiming income tax holiday has been extended. Reduction of surcharge on unlisted shares has been reduced from 28.5% to 23%, indicating ease of exit for investors. ECLGS Extended The Emergency Credit Line Guarantee Scheme (ECLGS) has been extended until March 2023, and the cover has been increased by ₹50,000 crore. The total cover under the scheme is now ₹5 lakh crore.