Peace as a Priority Can Save Lives in India 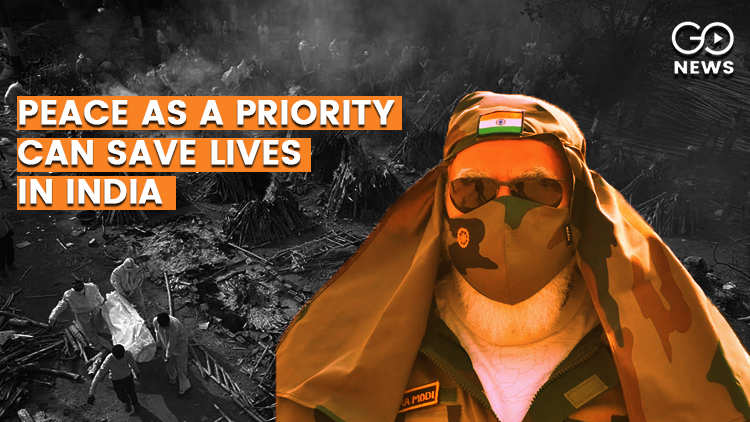 The Stockholm International Peace Research Institute (SIPRI) has just released its 2020 report to confirm that India is the 3rd largest spender on military hardware in the world following the US and China. It spent a total US $ 72.9b last year more than prosperous countries like France, UK, Saudi Arabia and Japan. In a year of Corona Pandemic which has now taken more than 200,000 lives in the country, Indian government’s expenditure on public health was a fraction of this huge military budget. Here are some facts: The Central government allocated only 0.38% of the country’s GDP or 2.16% of its total 2021-22 Union Budget for the Ministry of Health and Family Welfare while it allocated 14% of its Budget for the Defence Ministry, which is a healthy 2.45% of the GDP second only to the United States.
Also Read:
Justice Bobde Retires Today

Critics will argue that Health is a subject matter dealt by Indian states and the federal government has a peripheral role. The fact is that most states in India have run huge deficits perennially and they have no elbow room to increase health spends during a crippling pandemic. A case in point is the continuing ugly wrangling for resources like hospital beds, oxygen supplies and Covid-19 vaccines which have led to avoidable deaths in thousands which the world is witnessing with horror. Additionally, the federal government has usurped the control vaccine allocations, and before that, taxes the states can muster under a new goods and services taxation scheme. Two comparatively richer states, Delhi and Maharashtra, are currently facing a total breakdown of health services and are engaged in daily brawls with the government of Prime Minister Narendra Modi. A 2% shift from defence allocations to health can double the resources the federal government has at its command to fight the unfolding impact of Corona pandemic. A priority shift is the need of the hour. But for that the government has to first decrease its self-created threat perception from its neighbors and create a peaceful political environment in the region. The ruling BJP’s main political plank during 2019 election campaign was a Pakistan connected attack on a convoy of security personnel in the town of Pulwama in Jammu and Kashmir state and the retaliatory use of combat aircrafts to avenge that. The strategy paid hefty dividends as it secured a record number of seats in the lower house of the Parliament. Since then, tensions with China- a Pakistan ally- have heightened both on military and trade fronts. As a result, the country has been constantly acquiring military hardware for defence preparedness, a must. Diplomacy -on both fronts- has more and less failed with all sides engaged in a cold warlike jargon at the highest levels. Peace, the first ingredient for prosperity, has to be launched now so the country can muster up enough resources for the health of its people. But even a mention of bartering military might for life saving drugs and equipment is a red rag for the hundreds of millions of Prime Minister’s supporters in the country. At a time of apocalyptic pictures of people dying in hospital car parks and crematoria turning car parks into funeral grounds beamed across the world, can Mr Modi rise to the challenge of peace? As both Pakistan and China offer to help India to overcome this onslaught of the virus, and the global powers pitch in to send health supplies, this maybe the right time to achieve the twin goals of peace and prosperity for Indian people. Great leadership ultimately delivers to the people who elect leaders. Can Mr Modi deliver? The world, and the future, awaits. Alse Read- साल 2020 के दौरान अमेरिका, चीन के बाद सैन्य ख़र्च में भारत तीसरे स्थान पर

By Alwin Benjamin Soji 20 hours ago