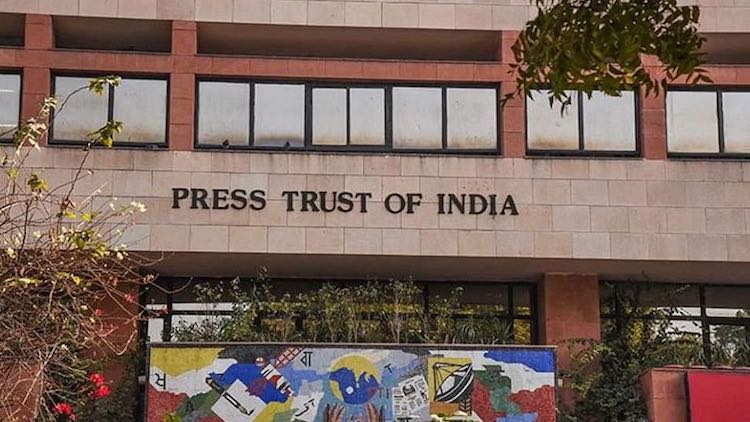 The Union Ministry of Housing and Urban Affairs has issued a notice to news agency PTI demanding it to pay a penalty of Rs 84.48 crore for alleged 'breaches' at its Delhi office. The rift between PTI and the Central Government has been increasing since the past two weeks following the Chinese ambassador's interview dispute. Amid the India-China border standoff, the news agency had carried an interview of Chinese ambassador Sun Weidong who accused New Delhi of deliberately provoking the violent clash in Ladakh’s Galwan Valley on June 15, which led to the deaths of at least 20 Indian soldiers.
Also Read:
Bengal BJP MLA Debendra Nath Ray Found Hanging In North Dinajpur, Party Alleges Murder

National broadcaster Prasar Bharati threatened to cancel its subscription of the news agency for its “anti-national coverage”. Prasar Bharati is among PTI’s biggest subscribers. The notice issued on July 7 states that the news agency will have to give an undertaking on a non-judicial stamp paper stating that “it will deposit a fine for misuse/damage to the land." The amount will have to be revised as per the revised land rates with effect from April 1, 2016, and will also remove “breaches” by July 14 or get them regularised by paying charges. ’The notice also warns that if PTI failed to furnish the concerned amount within the stipulated time period, an additional 10 percent interest will also be added to the fine.

Fresh attack on PTI. Govt now sends notice to PTI demanding it pays more than Rs 84 crore as penalty for its office at the Parliament street within a month. pic.twitter.com/3l2x8zmdWf

“Further action to execute the lease deed shall be subject to complete payment and putting to use of the premises as per permissible under the master plan,” the notice read. The notice added that if PTI did not comply with its terms, the “concession of limiting the penalty” will be withdrawn. The penalty notice from the ministry to news agency PTI came two weeks after the Chinese ambassador's interview dispute. National broadcaster Prasar Bharati threatened to cancel its subscription of the news agency for its “anti-national coverage”. Prasar Bharati is among PTI’s biggest subscribers.