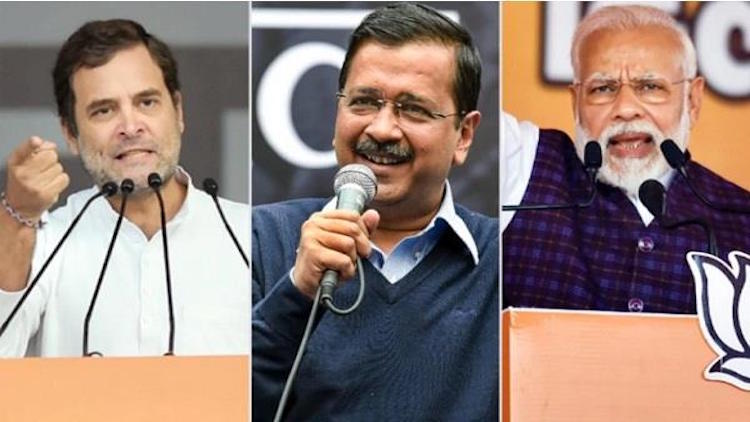 Thursday saw leaders from all three major political parties — BJP, Congress and AAP — going all out in the national capital Delhi. All parties have fielded their prominent leaders and deployed all their strength on the final day of campaigning. The BJP, which has been out of power in Delhi for over two decades, has pooled in all its resources for this election. On the last day of campaigning, Home Minister Amit Shah and party president JP Nadda conducted roadshows pitting national issues against 'freebies' by the AAP government in its effort to gain major traction in the capital.

#DelhiElections2020: As campaigning came to end on Thursday, the @BJP4india led roadshows pitting national issues against 'freebies' by the @AamAadmiParty #government in its effort to gain major traction in the capital@ojhaanjali reports #AAP #BJP #DelhiElections pic.twitter.com/7SclrYvDMR

AAP leader Atishi said the real contest is between the AAP and a rudderless BJP, with the Congress already out of the battle. While enumerating party’s achievements for Delhites, she said: “AAP is the only party which has managed to provide relief from inflation. This month 35 lakh electricity consumers in Delhi have received zero power bills and lakhs of families are getting zero water bills for the last five years.”

As campaigning for the #DelhiElection2020 winds down, #AAP leader @AtishiAAP says the real contest is between the @AamAadmiParty and a rudderless #BJP, with the #Congress already out of the battle. @SidharthPandey reports

While Congress leader Ragini Nayak accuses both the BJP and AAP of communalising the atmosphere in the city. The party adds that it is not a third-placed contender in the polls. Polling will be held in Delhi on February 8, and the Election Commission and Delhi Police are fully gearing up for it. Counting of votes will take place on February 11 and it will become clear the same day if Arvind Kejriwal will return to power or there will be a change of political dispensation.
TAGS PM Modi Rahul Gandhi Amit Shah Arvind Kejriwal AAP Congress BJP Election Campaign 2020 delhi polls Delhi elections Delhi Assembly Elections