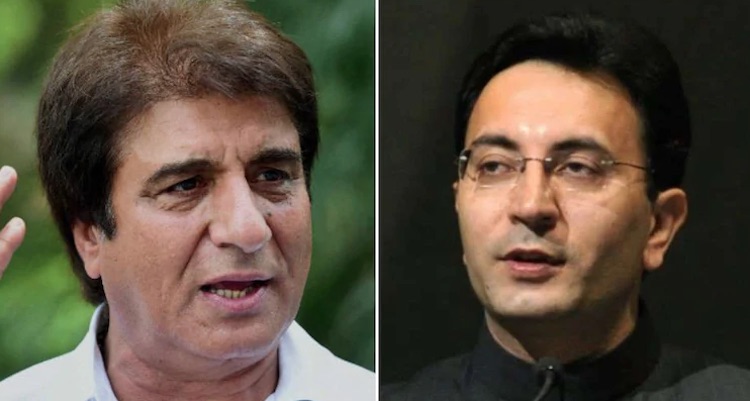 Ahead of the 2022 Assembly Elections in Uttar Pradesh, the Congress has formed seven new committees comprising of at least 50 party leaders. Among these committees, former Union Ministers RPN Singh, Jitin Prasad, Raj Babbar and Rajiv Shukla have been left out.

Jitin Prasada and Raj Babbar were among the 23 leaders who had recently written a letter to the party's interim president Sonia Gandhi seeking reforms in the functioning of the Congress party.
Also Read:
Bihar Polls: Nitish Announces Govt Jobs To Kin Of Any Slain SC-ST Person, RJD Furious

A fierce tussle within the party broke out on this letter, with senior party leaders Ghulam Nabi Azad and Kapil Sibal who had sought an “overhaul” getting angry. the atmosphere became very tense during the meeting of the Congress Working Committee with senior party leaders Ghulam Nabi Azad and Kapil Sibal were very angry. However, after this, some leaders of the UP Congress had demanded action on the leaders especially Ghulam Nabi Azad who had sought an “overhaul” and these leaders have found a place in the committees. These include names like Pramod Tiwari, Salman Khurshid, PL Poonia. Former Union Minister Jitin Prasada had written a letter to CM Yogi Adityanath on the issue like the killing of Brahmins. However, despite this, his name is not included in the committees. RPN Singh, in-charge of Jharkhand Congress, was not included in the list despite given much credit for the Congress' good performance in the recently held Jharkhand assembly elections, where JMM-Congress coalition government was formed. Former Union Minister and Rajiv Shukla, who is considered to be confidante of Sonia Gandhi, and Raj Babbar, former president of UP Congress, also did not find a place in these committees of Congress. These two leaders were not seen active in UP politics for some time. However, in 2019, the Congress Party made Raj Babbar its Lok Sabha candidate from Fatehpur Sikri but Raj Babbar lost the election. It is being said that by keeping the rebels out of the committees, the party is trying to give a strong message but they will have to bear the brunt of it. Decades have passed since the Congress lost its hold in UP and it will be difficult to say how much they will regain if there are factions within the party.