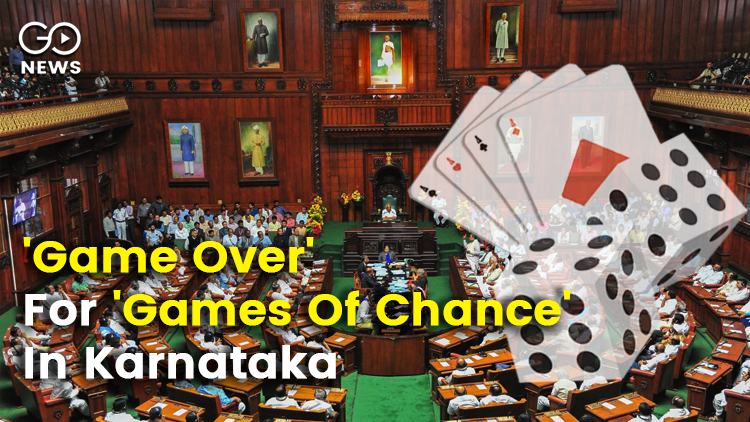 On Tuesday, the Karnataka Assembly passed a Bill by voice vote that bans online gaming that involves monetary transactions. In simpler terms, the Karnataka government has banned online gambling. This Bill proposes an amendment to the Krnataka Police Act, 1963 which includes online gambling under the ambit of banned activities. Chief Minister Basavaraj Bommai has said that the proposed law will not ban “games of skill” that strictly follow the prescribed features. This law also bans those games of “skill” in which the player risks losing money. The players and creators of such games will face legal action.
Also Read:
Vaccine Mandate Tussle Ahead Of UN General Assembly?

The CM said that if locally-based operators of online gambling are caught and punished, then foreign-based ones should not be exempted and be given a free run. The banned games include sports, online gaming, and poker. The Bill has defined online gaming in detail. The Bill attempts to create a loophole-free, comprehensive definition of online gaming on the basis of the latest technology and all possible devices such as mobile phones, computers, and tablets. The banned category of games are defined as “any act or risking money… on the unknown result of an event, including on a game of skill”. Operating such games, sheltering their operations, and participating in them has been declared a cognizable and non bailable offence. The Bill proposes a three-year prison term and a ₹1 lakh fine. However, any horse race courses or lotteries operating within the state have not been banned. Industry groups have said that games of skill do indeed come under the purview of this Bill, which will adversely affect jobs and livelihoods. All India Gaming Federation has said that Bangalore is the start-up capital of India and such moves could damage its image. Similarly the CAIT (Confederation of Indian Traders) representing over 40,000 trade organizations also said that the Bill will hamper the gaming and animation industry in the city. It is significant that this Bill was brought after the government was told by the High Court to restrict online gambling. The court had clearly said that only games of chance would be affected by the ban and not games of skill. According to the Gaming Federation of India, skills-based games are a rising future and this is particularly helping unicorn start-ups increase in numbers. The Federation says that this sector contributed to the economy during the slowdown and its turnover is expected to reach $3 billion. This Bill will prove to be a shock for the technical and start-up hub, it says.