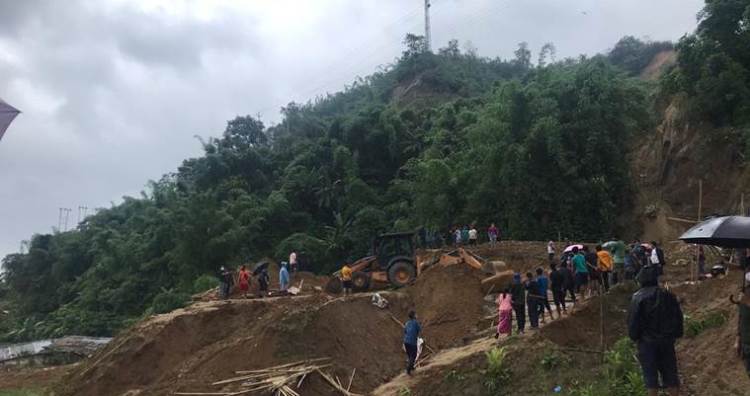 According to Pige Ligu, Deputy Commissioner of Papum Pare district, four people died in a landslide incident late on Thursday night. In this, four members of a family including an eight-month-old girl were buried alive. The accident happened around 2 pm on Thursday night.

According to SP Tumme Amo of the capital Itanagar, another landslide occurred near the Lingalaya temple in Modirijo at 11.30 pm. Three members of the same family died here and one person is still missing. He said that with the help of police, NDRF, and local people, the bodies were taken out of the rubble.

In Arunachal Pradesh, the death toll due to heavy rains and landslides has increased to 15 this year. State Chief Minister Pema Khandu expressed grief over the death of the people and announced the help of Rs. 4 lakh each to the families of the deceased. The Chief Minister said that according to the India Meteorological Department, there will be heavy rains in the state in the next few days, so all precautionary steps should be taken.

Prime Minister Narendra Modi has also expressed his condolences to the families of those who lost their lives due to heavy rains and landslides in Arunachal Pradesh.

Saddened by the loss of lives due to heavy rains as well as landslides in Arunachal Pradesh. My thoughts are with the bereaved families. May the injured recover quickly. All possible assistance is being provided to those affected.