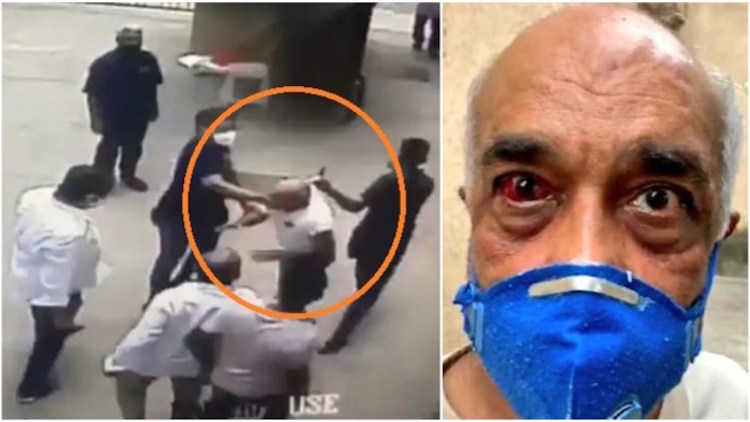 Circulating a cartoon of Maharashtra Chief Minister Uddhav Thackeray on WhatsApp became a costly affair for a retired Navy officer. Around 8-10 Shiv Sainiks entered and assaulted the former 65-year-old Navy officer Madan Sharma in his society. Sharma suffered a lot of injuries and one of his eyes has turned red after the violent incident. On Friday, six Shiv Sena workers were arrested including Kamlesh Kadam, a Shiv Sena branch chief. However, by Saturday morning, all six accused got bail from Samta Nagar Police Station.

The former Navy officer circulated CM Uddhav Thackeray's cartoon on WhatsApp in which he was shown bowling in front of NCP President Sharad Pawar and Congress President Sonia Gandhi. When Shiv Sena branch chief Kamlesh Kadam came to know about this, he called Madan Sharma's daughter Dr. Sheela Sharma and her father to come to the ground floor of the society.
Also Read:
India Drops From 79th To 105th Spot On Economic Freedom Index

Dr. Sheela alleges that when her father went down, 8-10 Shiv Sainiks attacked her father and took him outside the society. The incident of assault was recorded in CCTV camera, which was also tweeted by BJP MLA from Kandivali East, Atul Bhatkhalkar.

Sharma has lodged an FIR with the Samata Nagar police station in connection with the case. The police have registered a case under sections 325, 147, 149 against Kamlesh Kadam, and 8 to 10 people.