Government Refuses To Share Details On Abrogation Of Article 370, Bifurcation Of J&K 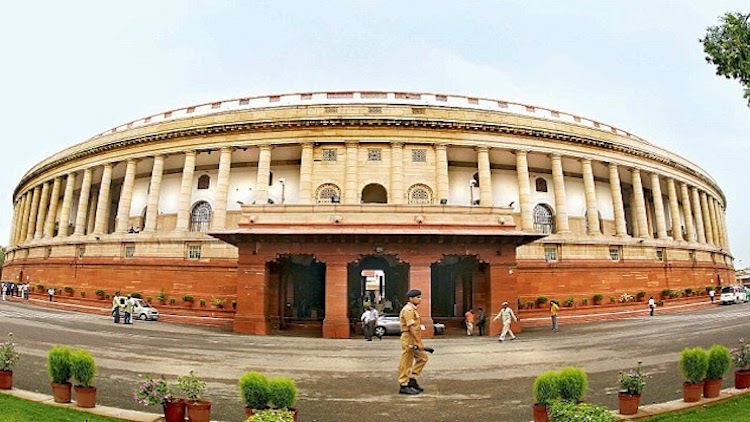 On the morning of August 5, when a resolution to abrogate Article 370 was moved in the Rajya Sabha, an emergency Cabinet meeting was held ahead of the resolution being moved. While the government has maintained that the process of abrogating Article 370 is legally sound, it has refused to share the details of the Cabinet meeting.  A Right to Information (RTI) application filed by activist Venkatesh Nayak, a member of Commonwealth Human Rights Initiative (CHRI), had asked the government for the Cabinet Notes pertaining to the changes made to the Indian Constitution through J&K Constitution Application Order in August, the amendment to the language of Article 370 and the J&K Reorganisation Bill.
Also Read:
Unnao Rape Case: Expelled BJP MLA Kuldeep Sengar Convicted

The RTI was first filed with the Legislative Department of the Law Ministry, then was transferred to the Home Ministry which said it does not contain the information.   According to the proviso under Section 8(1)(i), Cabinet papers must be made public after the matter is complete and over.  "The bifurcation was complete and over on October 31. So all cabinet notes must be made public," Nayak said.  Another RTI filed with the Rashtrapati Bhavan asking about the exact date and time when the files relating to the abrogation of Article 370 and bifurcation of the state were received and signed by President Ram Nath Kovind was also not answered. The Rashtrapati Bhavan refused to provide the information, saying it was "fiduciary" in nature, which means sharing the information would be a breach of trust.

"As these proclamations and laws were signed by the President soon after approval from Parliament, I asked the Rashtrapati Sachivalay about the exact date and time when these files were received for his signature and when he put his signature. The CPIO has denied this claim, saying they are available in a fiduciary relationship," the activists said.  The Home Ministry, in a written reply in Parliament, has accepted that there were detentions in J&K after the abrogation of Article 370, but when an RTI was filed seeking the same details, the Home Ministry refused to provide the information. 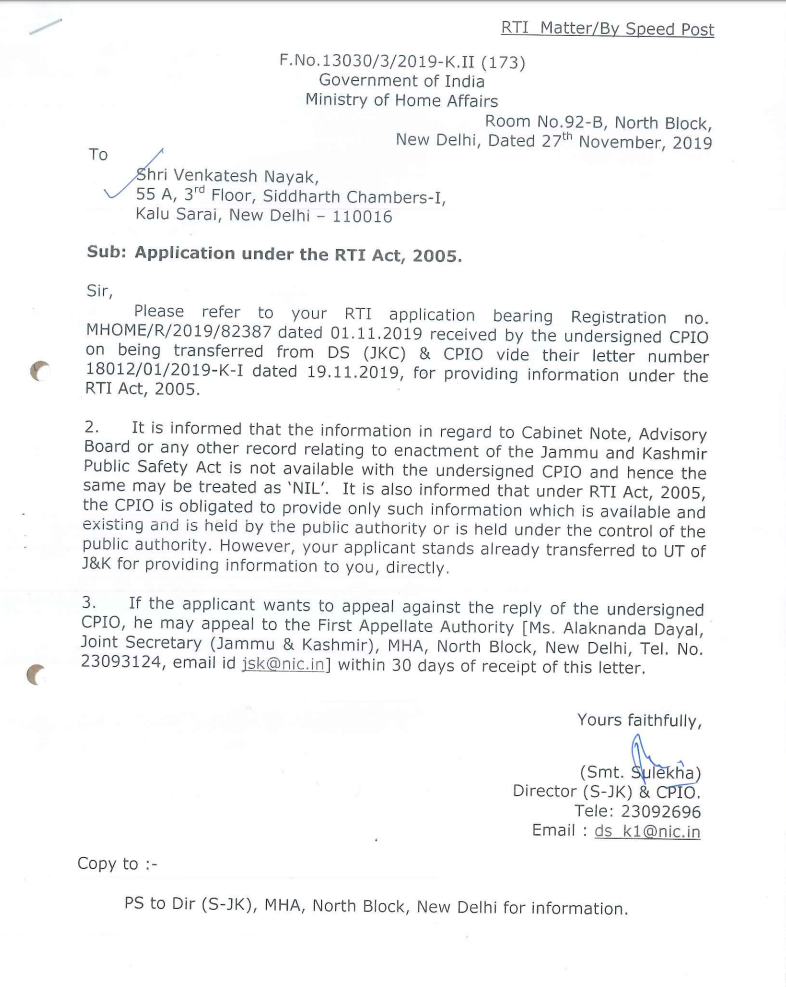 "The media reported how people in J&K were detained and many were sent to jails in Uttar Pradesh and Haryana. I had filed an RTI on this two months ago but received no reply," Nayak said. The activist said Central Public Information Officers (CPIOs) in the Home Ministry moved it from desk to desk within the J&K Division of the Ministry. The CPIOs eventually replied that they did not have any of the information sought in my RTI application.   While this RTI was filed in October, in November, the Home Ministry in a written reply in Rajya Sabha said 5,161 persons had been detained as part of preventive arrests made in the Valley since August 4. These, the Home Ministry said, included stone pelters, miscreants, overground workers (OGWs), separatists, and political workers.  The reply also said 609 persons were still under detention, of these 218 are stone pelters. Top political leaders in the Kashmir Valley continue to be under detention for over four months since the move. While protests have taken place in the recently concluded winter session of Parliament demanding the release of National Conference Leader and former J&K CM Farooq Abdullah and other leaders, the government said the decision will be taken by "local authorities".  Jammu and Kashmir Reorganisation Act, 2019, carves the state into two union territories - Jammu and Kashmir, and Ladakh.  While the former will have a legislative assembly, Ladakh will be administered by a Lieutenant Governor alone. The union territory of Ladakh will include the districts of Leh and Kargil, while the rest of the districts will be in J&K.

Government refuses to divulge details of cabinet notes pertaining to #abrogation of #Article370 and bifurcation of #JammuandKashmir, in a reply to an #RTI query filed by #VenkateshNayak of @CHRI_INT@ojhaanjali