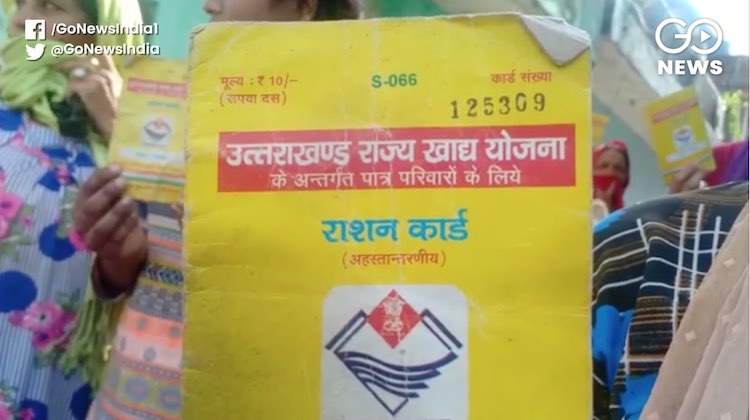 Amid the lockdown, yellow ration card holders in Haldwani are facing many problems in getting ration. The government provides five kg of wheat and two kg of rice to yellow ration card holders but this is not proving sufficient for them and the government is also not giving them any official kit. Residents of dozens of colonies in Haldwani, including the Sati Colony, say that the number of their family members is more and the amount of ration is severely less.
Also Read:
Football Leagues Across The Globe Desperate To Get Things Rolling Again

They also say that the ‘Patwari’ (an official who keeps records of land ownership) and the local Councillor have also been informed of the matter but there has been no hearing on it so far. Meanwhile, District Magistrate (DM), Nainital said that the amount of ration given to yellow ration card holders has been increased and procurement for this is being made from food godowns. The DM also acknowledges that the number of family members of yellow ration card holders is more and the ration provided to them is not sufficient. Meanwhile, the administration has informed the government about giving ration to even those people whose ration cards are not online yet. Watch the video story here: