We are in the year 2021 and the farmers’ agitation at the borders of India’s capital is showing no signs of abating. After half a dozen meetings the farmers are still locked in a battle of wits with the government. Their two demands are still on the table: First, the repeal of three agriculture-related laws brought in 2020 through an extraordinary Ordinance; and second, a legal assurance of providing Minimum Support Price (MSP) for their produce where the price is regulated by a government policy. As things stand now, the Central Government can not agree to both these demands. Reneging on the new laws will undermine its legislative, administrative and moral authority as the laws were passed by the Parliament in a due process where it has a full majority. Moreover, the entire government machinery has been able to sell the new laws globally as much needed agricultural ‘reforms’ which will benefit the farm sector and its entire value chain — from the producer to the consumer. A withdrawal will be an admission of rank failure in understanding the farm economy which sustains more than half the country’s population and contributes 18% to its GDP. A retreat will also hurt political egos, international credibility and electoral equity.
Also Read:
Manmohan Took Indian Economy From 10th To 3rd Place, Modi Slid It to 6th

The agitating farmers have publicly stated that they will go back to their fields and villages if the government brings in a law to make MSP a legal right – in other words, a safety net on the pricing of foodgrain and other farm produce. Until now, the MSP regime has been a policy without legislative binding. If the government makes a law it will tie its financial resources to an expenditure which is volatile. In fact, it has no resources. A study by experts at the Bengaluru based Institute for Social and Economic Change says that the government’s MSP bill could have exceeded Rs 7.7 lakh crore if it had to buy all the foodgrain and oilseeds produced in 2019-20. 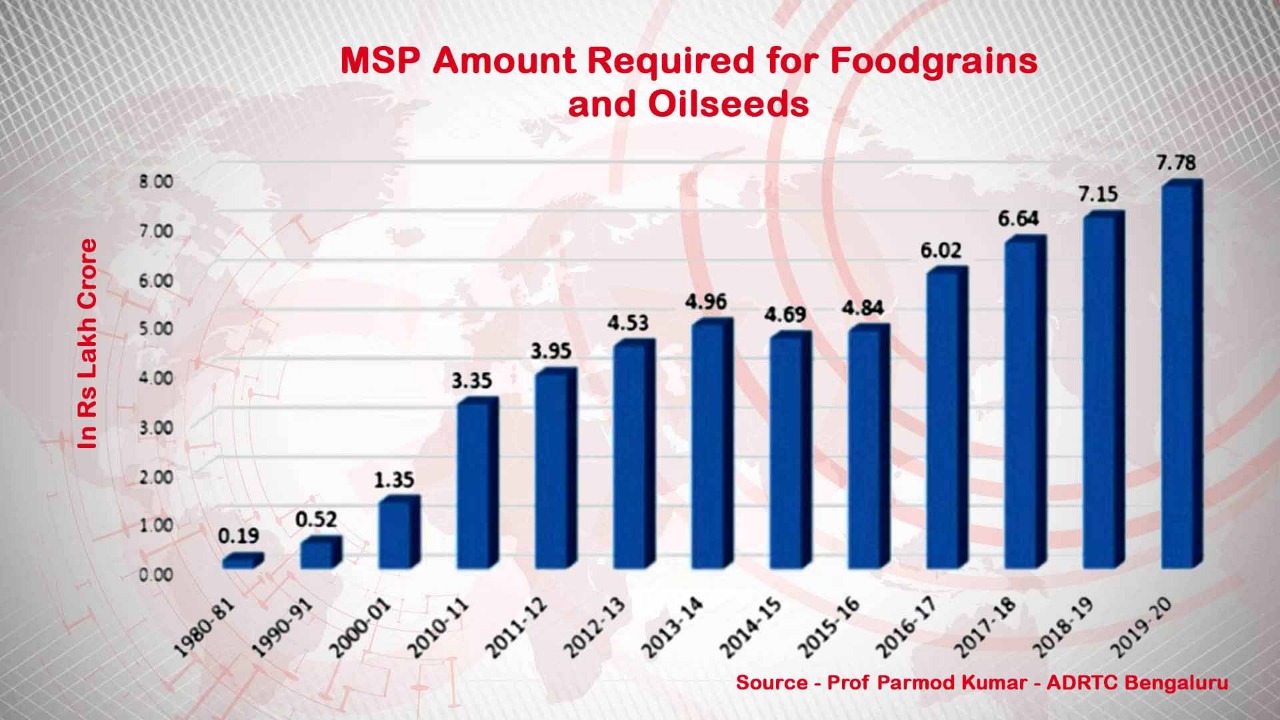 Budgetary allocation for the same was a fraction at Rs 1.51 cr and it paid only Rs 1.14 cr finally. In the Budget 2020-21, the allocation is a meagre Rs 77,000 cr or one-tenth of what it requires. So the farmers' demand on MSP can not be met especially as the procuring agency the Food Corporation of India (FCI) has already run up a debt of Rs 3.5 lakh crore by the end of March 2020 and it has mounted by the day since the pandemic hit India.

MSP regime has peaked and become unsustainable. No wonder, the Prime Minister and all his cabinet ministers have never uttered a word on making MSP legal during the current agitation.

The second crisis in Indian agricultural landscape is the fragmentation of land holdings. In 1971, nearly 80% of Indians lived in the rural areas mostly living of the farm economy which was 42% of the country’s GDP. Now 68% of Indians live on only 18% of the GDP. In 50 years or roughly 2 generations - the number of marginal land holdings – less than a hectare - has gone up from 36m to 99m. 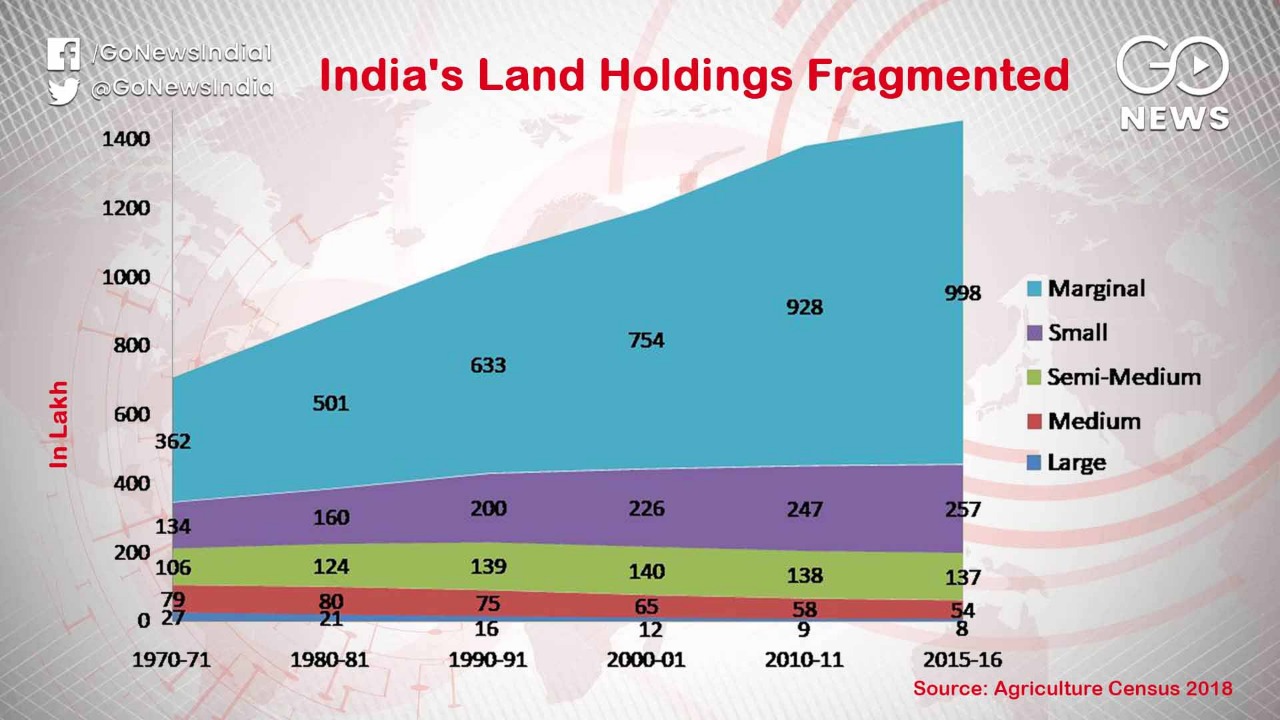 These can barely sustain a family of five people, so such marginal farmers work in the larger fields, tend cattle or some members migrate to cities to augment family incomes. The number of such families is a staggering 99 million. That’s nearly 78% of total farmer households and 40% of India’s total population living on the margins. Experts have filled incalculable airtime on TV talk shows and written reams in the newspapers without adequately addressing these two intractable crises. These are the two blindspots of Indian agriculture which consecutive governments too chose to ignore.