Construction of India’s first illegal immigrant detention camp is in full swing in the Goalpara district of Assam. The detention camp is being built to house those ousted from the National Register of Citizens (NRC) list. A total of 19 lakh people have been left out of the NRC list, making them stateless while 3.30 crores names feature on the list.
Also Read:
Top News Of The Hour In 90 Seconds

The mass detention centre in Goalpara district's Matia can accommodate 3,000 people and is being built over an area of 2.5 hectares, about the size of seven soccer fields. It will have 15 four-storey buildings to keep the detainees. The government expects the massive complex to be ready by December this year though the rain had delayed the construction. 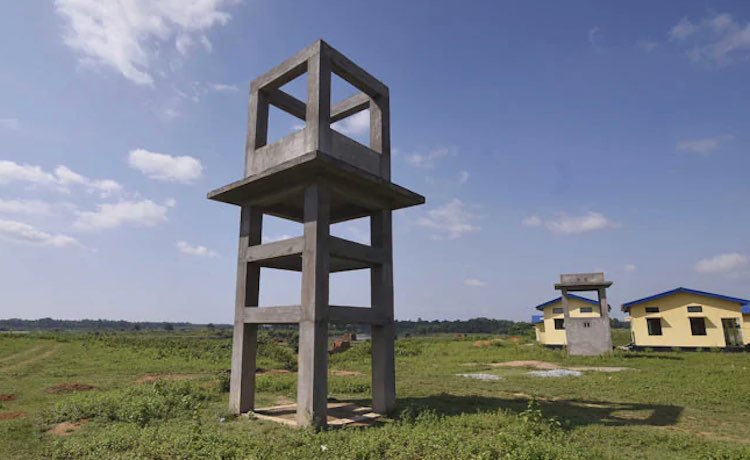 Image credit - Reuters Even though the Central Government has assured that whose names don’t feature on the list cannot be declared foreigners till all legal options are worked upon but when the deadline ends, those unable to prove their citizenship will be sent to India’s first fully-fledged detention centre. The time limit to file the appeal has been extended from 60 to 120 days. Ten such detention centres have been proposed in Assam.