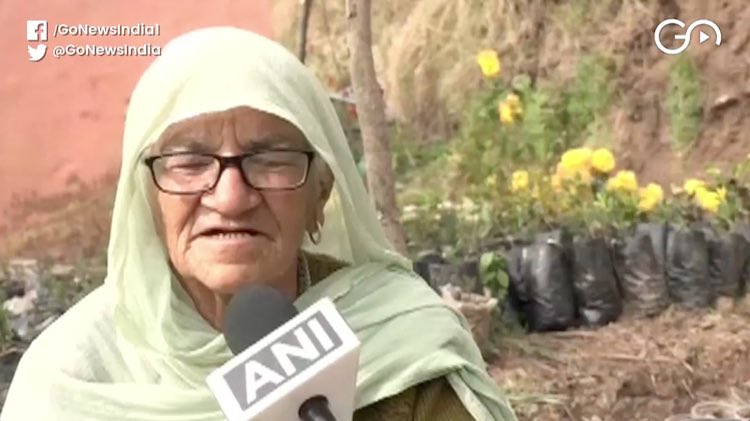 An 85-year-old woman is planting trees with help from her son, to save the environment from the damage caused by tree felling. Till now, the mother-son duo has planted over 3,000 saplings on an empty plot of land in a small village near Jammu. Jai Dayi and her son Khajoor Singh have been working for the past few years to turn an empty piece of land green. Also Read: Who Are You, Alexa?

Jai Dayi’s aim is to save the environment from the harm caused by cutting down trees. According to her son, a village in Udhampur had been hit by an avalanche in 2014, in which 40 people had died. Khajoor Singh says that he will plant more and more trees to save the earth and the soil. He believes that a problem like pollution can be solved only by planting more trees. Many people have joined him in this mission. On one hand is the reckless and illegal felling of trees, constant reduction in forest area, an increase in pollution and the problem of global warming. On the other hand is the initiative of a mother-son duo in a small village in Jammu’s Udhampur. While government schemes may not solve people’s problems, through initiatives like these, people themselves can bring in a lot of change. Watch the full report here:

85-year-old, #JayDayi, along with her son has planted more than three thousand trees in a small village in #Jammu to curb the destruction caused by rampant #deforestation@rumanaalvi4#trees #afforestation #PlantATree