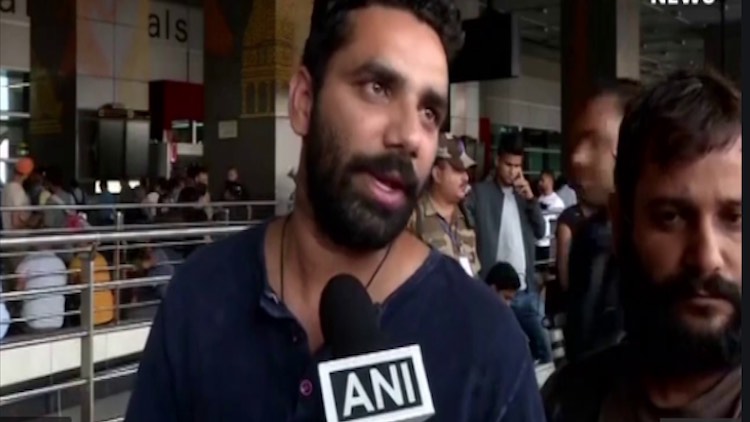 Mexico has deported 365 Indian nationals to New Delhi, the National Migration Institute (INM) said late on Wednesday, calling it unprecedented transatlantic deportation.  Most of the deportees were from Punjab and Haryana, who had to sell off their assets to pay the agents. Also Read: RIL Becomes First Indian Company To Cross Rs Nine Lakh Crore Market Cap

INM said the deportees had been scattered in eight states around Mexico, including in southern Mexico from where many Indian migrants enter the country, hoping to transit to the U.S. border. However, the deportees said only Indians were deported, the citizens of Sri Lanka, Nepal & Cameroon were allowed to stay. Rajneesh, a deportee, said they had to stay in the jungles for many days and were forcibly fed rotten vegetables and beef.

JUST IN- Rajneesh, #IndianMigrant deported from #Mexico: We had to live in a cramped up place on an island and boats. We were served the same food and force fed #beef. pic.twitter.com/2L7BQcwVlg

Gaurav Kumar, another deportee, said the reason behind targeting only Indians in Mexico is PM Modi's speech in Houston last month. He sent a message that all is well in India, but the truth is that we wander in a hope to get to another country for a job.

JUST IN- #GauravKumar, an Indian migrant in #Mexico who was #deported to #NewDelhi along with 365 others by #MexicanAuthorities says only Indians were deported, #SriLankan or #Cameroonians were allowed to stay. pic.twitter.com/5bCQOxr9DN

The move comes after US President Donald Trump in June threatened tariffs on all Mexican imports if the country did not put a check on people entering America through Mexico's borders. In June this year, a six-year-old girl from Punjab had died of heatstroke in the Arizona desert on the US-Mexico border. Even then, many Indians entering the US were apprehended after which a global debate broke out on this crisis. Watch the full report here:

On Friday, 365 Indians illegally trying to enter the #UnitedStates from #Mexico border were deported by the #MexicanAuthorities. One of the deported men says only Indians were sent back, #Sri Lanka, #Nepal & #Cameroon residents were allowed to stay.@ShahnawazMalik_ pic.twitter.com/jPNthMDQRT

By GoNews Desk 29 seconds ago