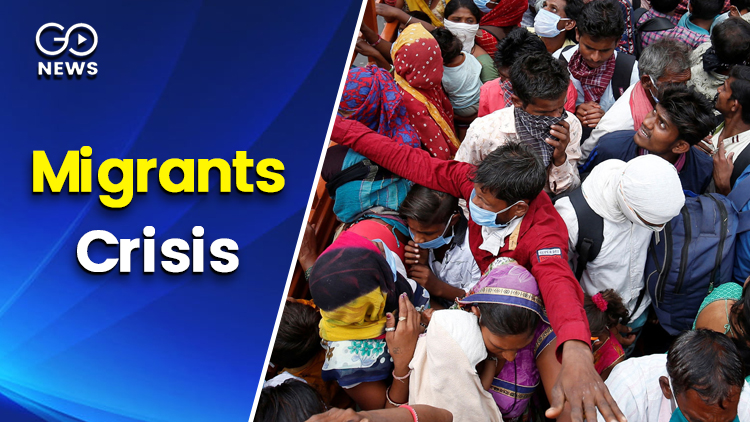 The top court today coming to the aid of stranded migrant workers asked the centre,  Delhi, Haryana and Uttar Pradesh governments to ensure that stranded workers were cared for and do not go hungry. The court directed that dry rations are provided to all stranded migrant workers who were caught up due to the lockdown in these states. Issuing directions the bench of Justices Ashok Bhushan and M R Shah also directed the states and the centre that the rations can be provided under the  Atma Nirbhar Bharat Scheme or any other scheme effective this month but asked that no stranded worker should be deprived of dry rations incase they don’t possess an identity card,  but rather provide them rations based on self declarations.
Also Read:
Can Modi Rise to the Challenge of Increasing Health Investments At The Cost Of Populism?

The court also asked the Delhi, Haryana and UP governments to ensure that adequate transport is provided to stranded labourers who want to return home. It also asked the centre for the Indian railways to cater to the needs of the stranded migrant workers. Last year, millions of migrant workers were left stranded in some of the major cities across India during the sudden imposition of the nationwide lockdown to control the Corona pandemic. Unable to find a means to earn many made the long journey home, mostly on foot. There had been criticism that even the top court had been late to take note of the crisis and had even prompted several senior lawyers to write to the then chief Justice of India SA Bobde seeking the top court’s intervention. The top court today also asked the governments of Delhi, UP, Haryana,  Bihar, Maharashtra, Gujarat and Odisha, to file specific responses to what had been done regarding earlier orders passed last year by the court which had sought measures for ensuring food security and health and welfare of the stranded workers and those returning home.   The top courts directions today came while the court was hearing a plea by activists Anjali Bharadwaj, Harsh Mander and Jagdeep Chhokar. The three had asked the centre and states to ensure food, transport and cash transfers and other welfare measures to the stranded workers.