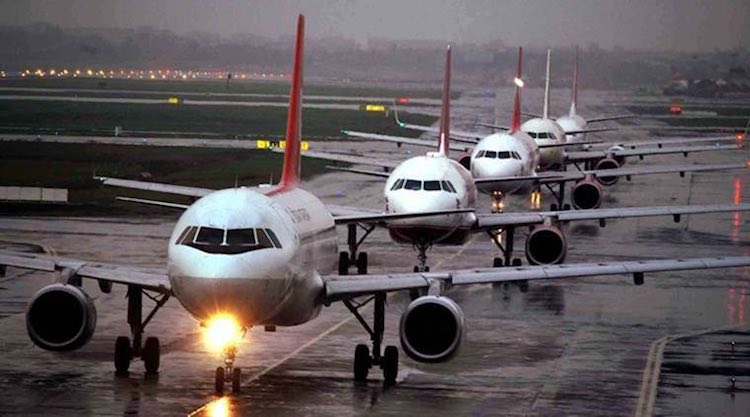 If you are considering air travel in winter, then there is good news for you. Data released from Director General of Civil Aviation show that Indian carriers will operate 23,403 flights per week covering 103 airports during the winter schedule, effective from Oct. 27 to March 28, 2020. Also Read: Election Campaigning For Haryana, Maharashtra Ends Today

The number of weekly flights in the upcoming winter schedule is 1.2 percent higher than 23,117 such flights operated during the previous winter schedule. Among airlines, IndiGo would operate 10,310 weekly flights, while SpiceJet would fly 4,316 flights every week during the winter schedule. Vistara and GoAir would operate 1,376 and 2,308 flights every week, respectively. Together, the airlines will operate out of 103 airports, including new ones such as Pithoragarh and Hindon. However, due to the sudden suspension of Jet Airways’ operations, there was a reduction of around 3,600 departures per week. Last year, most domestic flights in the country operated from Delhi to Bangalore, Delhi to Mumbai, Delhi to Hyderabad, Delhi to Srinagar, Delhi to Jaipur and Kolkata. While the maximum number of international aircraft flew between Delhi to Thailand and Delhi to London. Watch the full report here:

A winter #flight schedule has been released by the #Director-General of #CivilAviation. Only 1.2% more #aircraft will fly this year than the previous winter schedule@arushipundir1#aviation #aeroplane pic.twitter.com/Xxsl1ksZy8