Recap: How Did Violence Erupt In Lakhimpur Kheri? 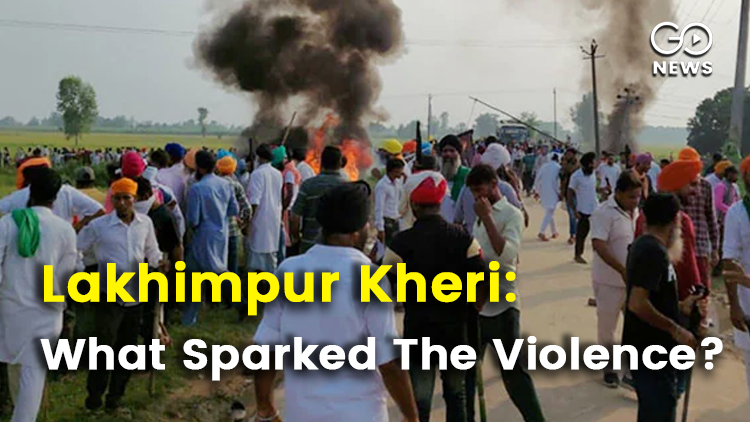 A murder case has been registered by farmers against Ashish Mishra, the son of Union Minister of State for Home Affairs Ajay Sharma, in connection with the violence there on Sunday night. Apart from Mishra’s son, 14 people have also been charged by the police under various sections. Besides, four BJP workers have died in the resultant violence and several other people have been injured. ADG Prashant Kumar, posted in Lakhimpur Kheri, said that FIR’s have been lodged from both sides, although copies of the FIR’s are not available either on the official handles of Uttar Pradesh Police or the Lakhimpur Police. The ADG said that the police will inform the media of developments in a press conference as internet has been shut down in the area due to the violence.
Also Read:
Auto Sector in Slow Lane: Data Shows Sales Drop Yet Again

The farmers had reached Lakhimpur Kheri in large numbers to protests against the Deputy CM of Uttar Pradesh Keshav Prasad Maurya during his tour of the state. They were trying to show black flags and it is reported that there was heavy deployment of police to prevent their protest reaching him. The violence that erupted saw four farmers die by being run over, and BJP workers getting killed In the subsequent violence. The killed BJP workers were part of the minister’s convoy who had come to greet him on site. Officials allege that they were beaten to death by the protesting farmers. On the other hand, four farmers have also allegedly been run over by a car driven by the MoS’s son. Farmers were angry at his comments about the 10-month long protests being the handiwork of “10-15 people”. These were made in a video that has been circulating online for over a year, in which he can also been seen “warning” (i.e. threatening) the farmers. In his threatening speech, the minister said that “if the farm laws were bad then the movement should have spread to the entire country. Only 10-15 people are making noise. I want to say to such people: get in line, otherwise it’ll take me two minutes” Dr Darshanpal, a leader of the Sanyukta Kisan Morcha, said: “After occupying the helipad on which the Deputy CM was to land to express their opposition, most of the farmers were turning back when three cars came and ran over the farmers, due to which one died on the spot.” He accused the minister’s son of being present in the car. However, the BJP minister has denied this allegation and said that his son is being deliberately connected with the incident. He said: “My son was not present at the spot. Some goons attacked party workers with swords and sticks. If my son would have been there, he would not have escaped alive”. He further said, “They were hooligans amidst the farmers. Babbar Khalsa and other terrorist organizations want to create a violent situation. This incident is a result of that only”. Ajay Mishra has made such allegations about “hooligans amidst farmers” before as well.

#WATCH | "They were miscreants among the farmers. Since the beginning of the farmers' agitation, many terror outfits including Babbar Khalsa are trying to create chaotic situation. This incident was a result of the same," says MoS Home Ajay Mishra Teni

Meanwhile, the Sanyukta Kisan Morcha (SKM) wrote Ramnath Kovind to expel Ajay Sharma from the position of Union Minister of State (Home affairs). The same letter also mentions Haryana CM Manohar Lal Khattar’s threatening statements and demands that he be dismissed as well. Khattar was caught on tape advising his party workers to gather sticks (to beat farmers).  The police and administration say that internet has been suspended in some areas of the district. Also, Section 144 has been imposed which prohibits the gathering of four or more people.