The Great Onion Robbery: Prices Skyrocket, Thefts On The Rise 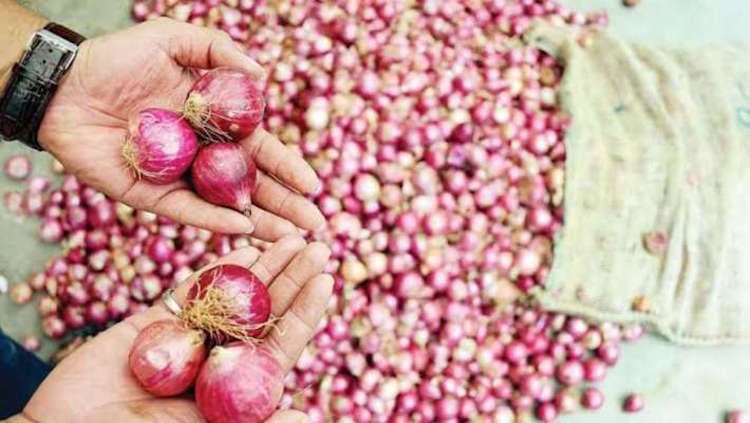 Several instances of onion robbery have come to light in Gujarat, Madhya Pradesh and West Bengal after prices soar. A UP trader had booked 40 tonne onion worth Rs 20 lakh at Maharashtra's Nasik wholesale market. On November 11, the truck carrying onions began its journey from Nashik but as soon as it entered the MP border, the truck vanished into thin air.
Also Read:
Post-Graduates Apply For Sanitation Workers Jobs

According to Nashik-based trader Premchand Shukla, the truck was supposed to reach Gorakhpur in U.P. on November 22 but it went missing somewhere along the way. After this, a complaint was filed against the transporter in Madhya Pradesh’s Shivpuri. The Shivpuri police have found the truck but the 40 tonne onion kept in it is missing. The police are searching for the onion worth several lakhs. But this is not the only incident of onion theft. Cases of onion theft are coming to light from various states of the country. In West Bengal’s Haldia, a shopkeeper named Akshay Das had stockpiled onion in his shop, in the wake of skyrocketing prices. But thieves got wind of it and they escaped with onion, garlic and ginger worth Rs 50,000 from his shop. Interestingly, the thieves made away with onions and did not pay attention to the cash kept in the shop. A similar case of onion theft has come to light in Gujarat’s diamond city Surat. Over there, in the vegetable market in Palanpur Patia area, 250 kg onion was stolen. CCTV footage shows thieves making away with five sacks weighing 50 kg each. The reason for these reckless thefts of onion is its skyrocketing price. In July, one kg onion was being sold for Rs 20 in Delhi, and in November, it is being sold for over Rs 100 per kg. In some states, onion is being sold for Rs 150 per kg. The rising prices of onion have led to an outcry across the country. The central government has failed badly in reining in the prices of onion.  Watch the full report here:

Several instances of onion robbery have come to light in #Gujarat, #MadhyaPradesh & #WestBengal after prices soar@arushipundir1#OnionPrice