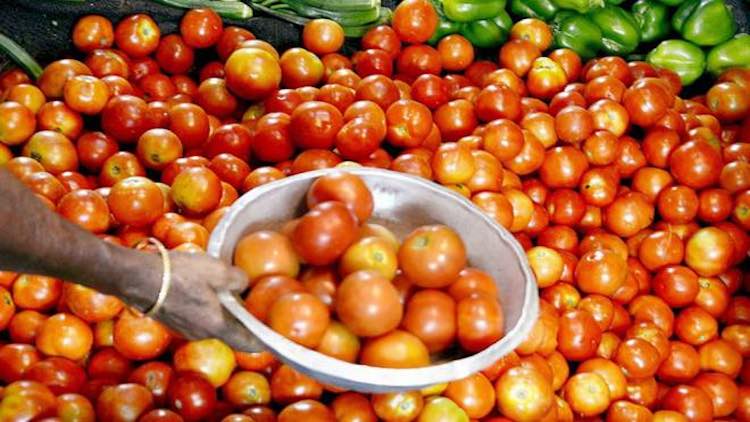 After onions, now the price of tomatoes has reached stratospheric levels in Delhi. On Wednesday, while the cost of tomatoes touched Rs 80 per kg, one kg of onions is being sold at Rs 60. Already troubled due to inflation, the common man was dealt another blow. After onions, now tomatoes prices have reached record highs in Delhi. On Wednesday, the price of one kg tomato reached Rs 80 in the retail market. Tomato prices have doubled in the past week. Last week, in Delhi, the price of tomato was Rs 30-40 per kg. Also Read: After Mary Kom, Manju Rani Secures World Medal After Entering Semi-Final

The reasons for high tomato prices are heavy rains and floods in many states of the country in the past few weeks.   In Delhi, tomato comes from Maharashtra, Karnataka and Himachal Pradesh but the tomato crops in these states has been destroyed due to heavy rainfall and floods. With the tomato crop being ruined, on one hand while its supply was affected, on the other hand, its prices increased and reached Rs 80 per kg. However, at Mother Dairy’s Safal outlets, one kg tomato is being sold at
Rs 58. Apart from Delhi, tomato prices have also increased in big cities like Mumbai, Jaipur, Kolkata, Ahmedabad, Lucknow, Bhopal and Bhubaneshwar. Speaking of onion, compared to last week, there has been a nominal decline in its prices. In Delhi, one kg onion is now being sold at Rs 60. Watch the full report here:

#Tomato prices go north - After the spiralling onion prices, the retail price of tomatoes shot up to Rs 80 per kilogram in #Delhi on Wednesday due to supply issues from flood-affected states. Prices in other cities have also sky-rocketed. pic.twitter.com/YOBzMX4vFO