UP Elections: Will Postpoing Poll Dates Affect Muslims During Ramzan? 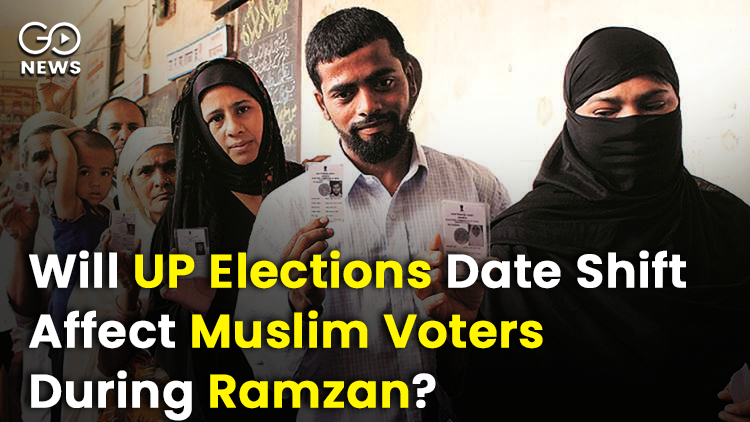 The Uttar Pradesh administration is in a tizzy regarding the dates of the upcoming Assembly elections. It is being believed that plans are on to delay the elections by a month. Experts say that if this plan is followed through then voting will coincide will Ramzan and therefore will have a direct effect on voters. There are 20% Muslim voters in Uttar Pradesh. There are several Vidhan Sabha (Assembly) seats in western UP, Rohilkhand, and eastern UP where Muslims are up to 40% of voters. Muradabad is an administrative headquarter which includes the districts of Bijnor, ramour, Amroha, and Sambhal. Here, there are 27 Assembly seats for which Muslim others ca decide the outcome. In the 2017 Assembly elections, the BJP won on 15 of these eats and Samajwadi Party bagged 12, contesting polls in alliance with BSP and Congress.
Also Read:
Sewage pollution drives drastic deterioration of Brahmaputra in last six years

Other than Muslims, these regions have a mixed population of Dalits and OBCs. Dalits and Muslims voting together for the same party is generally considered a winning formula. According to media reports, the division of Dalit votes in 2017 in thes districts brought gains to the BJP, although it lost 6 seats in the region during the 2019 Lok Sabha elections. In the 2017 elections, the BJP mainly won from Rampur, Muradabad, Amroha, Meerut, Saharanpur, and Aligarh with a sizable proportion of Muslim voters. If we see the voting pattern in the 59 Muslim-majority Vidhan Sabha seats, we find that 39% of the votes went to BJP, lesser than 43% in the 2014 Lok Sabha elections. SP got 29%, BSP 18%, and Congress 7% of the Muslim vote. It is believed that the mood of Muslim voters has shifted post the 2019 general elections and they are likely to gravitate towards the Samajwadi Party or Congress dring the upcoming polls in 2022. The BJP is raising ‘Hindu’ issues in its campaigning ahead of the elections, and it remains to be seen whether the decision to shift election dates ahead, thereby making thej coincide with the month of Ramzan, will have any effect on voter turnout especially among Muslim women