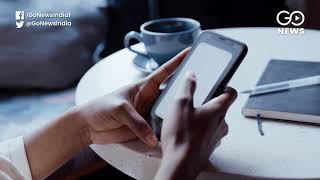 Today is National Press Day and this week itself, the Union Information and Broadcasting Ministry has announced that it will deal strictly with fake news and objectionable posts on social media and digital platforms. The Uttar Pradesh police has constituted a social media complaint cell in the state after the order of the ministry. It has also released a WhatsApp number -- 8874327341 -- where complaints about such news can be registered 24X7.  Also Read: Get To The Oxygen Bar For Some Fresh Air

The Central government has now ordered all states to keep an eye on fake news, objectionable posts and criminal activities like blackmailing on digital and social media platforms. It has also directed that a social media complaint cell be formed. If any objectionable post is made on social media platforms like Facebook, WhatsApp and Twitter, then on receiving a complaint, the police will carefully investigate it and only then take any action. To register a complaint, anyone can send text messages, screenshots of the post and viral video clips to the phone number of the social media complaint cell. Meanwhile, UP DGP OP Singh said that after the Supreme Court verdict on the construction of the Ram Temple, within 24 hours, many posts with fake news and objectionable content had been shared on social media. Now, the police has arrested 70 people in the state and is gearing up to take action against more than 250 accounts. The government has clearly stated that for the time being, only digital and social media platforms are under scrutiny. However, the government has also said that if needed, it will also keep an eye on electronic media i.e. television. On one hand, while the country is marking National Press Day on Saturday, on the other, the government has indicated that it is conducting surveillance of the media. Watch the full report here:

On #NationalPressDay, a look at how the government and the Uttar Pradesh administration in particular plan to tackle #fakenews on #socialmedia and in the #digital domain @iankushchoubey