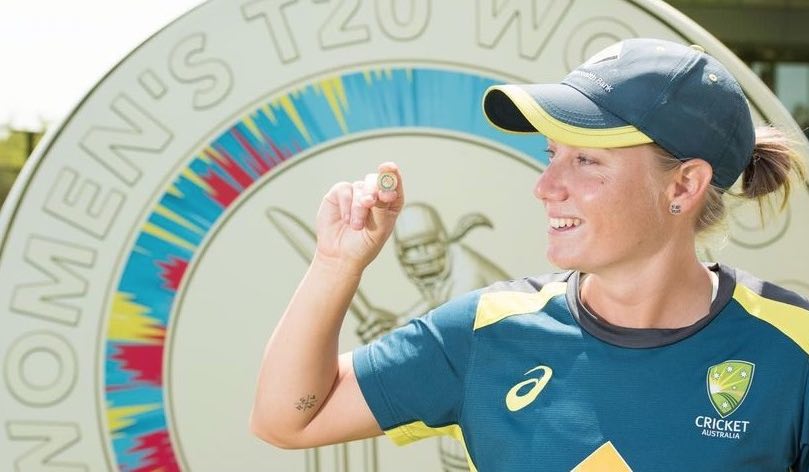 With only days remaining until the ICC Women’s T20 World Cup gets underway, the International Cricket Council (ICC), the Royal Australian Mint and retail partner Woolworths have commemorated the occasion by releasing a limited edition $2 coin. For the first time, a female cricketer will feature on Australian coinage, which was made available to the public exclusively through Woolworths on Wednesday. Also Read: Data Does Not Justify Centre's Stand On Citizenship Law

It marks a momentous occasion for women’s cricket and indeed Australian sport, with the nation hosting the Women’s and Men’s ICC T20 World Cups for the first time in 2020. “With the team and I just days away from the ICC Women’s T20 World Cup, it’s so exciting to see a coin that features a female cricketer go into circulation for the very first time,” said wicketkeeper-batter Alyssa Healy, who will help lead Australia’s bid for victory on home soil in the coming weeks. “2020 is a big year for Aussie women in sport, in fact cricket for girls and women is the fastest growing area of Australian Cricket and ensuring this number continues to rise is a subject that’s very close to my heart. “With this year’s World Cup taking place on home soil, combined with the support of the country and representing the sport on Australian coinage, we hope we will inspire even more girls to give cricket a go.” Two million of the $2 coins will be in circulation, and, as ICC Chief Executive Manu Sawhney noted, it will be lasting memento for Australians of the role played by the national women’s team in lifting the sport to new heights. “It’s a great reminder to the Australian public to support the event and celebrate the world’s best players who will be competing for the title of T20 world champions.” The Royal Australian Mint is also releasing a limited-edition collectors’ album, which includes the coin for just $3, available exclusively at Woolworths Supermarkets, T20 Official Merchandise Outlets at T20 World Cup matches, and online at www.T20worldcupshop.com and https://eshop.ramint.gov.au/ “Creating the ICC Women’s T20 World Cup coin is the Royal Australian Mint’s way of once again honouring our nation’s participation in iconic global sporting events,” CEO Ross MacDiarmid said. Woolworths Supermarkets Managing Director Claire Peters recognizes the role the company plays in supporting local athletes and the next generation of players. “We hope the release of $2 limited edition ICC Women’s T20 World Cup coin will be a keepsake for our customers to show their support for our world leading female cricket team as they defend their title on home soil.” The Australian team will open the tournament in the Opening Match against India at the Sydney Showgrounds Stadium on Friday at 7 pm. ICC Media Release
TAGS Women's Cricket Cricket ICC Women's T20 World Cup 2020