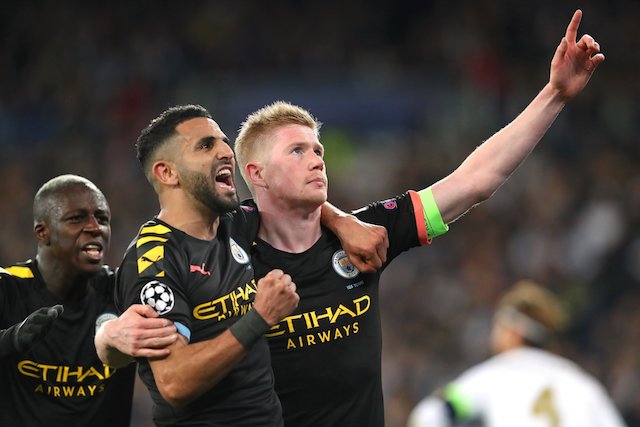 City’s forward movement was one of the more intriguing features of the first half and it was Gabriel Jesus popping up on the left that offered the first real opening, Thibaut Courtois down sharply to keep out his shot. Ederson more than matched his counterpart when he dropped low to parry Karim Benzema’s header. Also Read: Hotstar Censors John Oliver’s ‘Last Week Tonight’ Episode Criticising PM Modi

Jesus also went close from a partially cleared corner on the stroke of half-time but Sergio Ramos and Federico Valverde conspired to clear. Riyad Mahrez became more prominent after the interval, curling one shot narrowly wide before having another two repelled by Courtois. Isco needed just one opportunity to break the deadlock on the hour, though, finishing astutely after City had been dispossessed deep in midfield and Vinícius Júnior raced clear before squaring to his team-mate. Kevin De Bruyne's role in City's equaliser was all the more impressive for the adversity, the visitors' captain for the night showing characteristic poise and vision to pick out Jesus who headed past Courtois. De Bruyne then completed the turnaround from the spot after Raheem Sterling had been fouled. Sergio Ramos's late red card compounded a disappointing evening for the hosts.