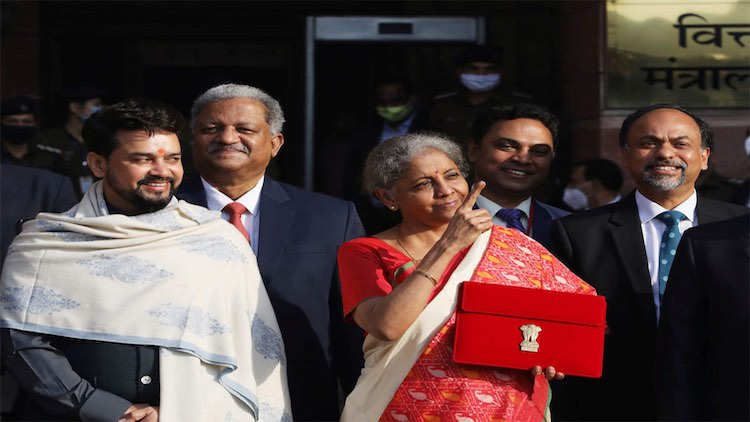 India is going through the worst phase of the #economicslowdown in recent times & the Government wants to fill its empty coffers through the strategic sale of public sector companies. It is now eyeing Rs 1.75 lakh crore through #disinvestment in the upcoming fiscal. Presenting the budget, Finance Minister Nirmala Sitharaman clearly said that the government will continue to sell stake in public sector companies.  The companies that the government is ready to sell this year are BPCL, Air India, Shipping Corporation of India, Container Corporation of India, IDBI Bank, BEML, Pawan Hans, Neelachal Nigam Limited etc., and the divestment process would be completed in 2021-22 fiscal year beginning April 1. Apart from this, two public sector banks and a general insurance company will also be brought under privatisation.
Also Read:
Curbing Hate Speech, Fake News On Social Media: Supreme Court Issues Notice To Centre

By the way, the government target of disinvestment earnings in the current financial year ie 2020-21 was Rs 2.1 lakh crore but the government was able to raise only 6.6 percent or Rs 13,844.49 crore. To fast forward the disinvestment policy, the Modi government has asked NITI Aayog to make the next list of central public sector companies for strategic disinvestment. The situation is so bad that the government now wants to sell additional land lying with different departments to raise money. For this purpose, the government will soon form a company under whose supervision the government land will be sold and earned in other ways. Note Union Minister of State Anurag Thakur admitted on September 15 that the government had by then sold 8 Central Public Sector Enterprises (CPSEs), the process of selling stakes in 20 companies and their units were going on, while 6 CPSEs are under consideration for closure and litigation. Anurag Thakur then said that the Union Cabinet has approved the sale of stakes in 20 companies and their units and their disinvestment process is on. These include Project & Development India Ltd, Engineering Project (India) Ltd, Bridge & Roof Company India Ltd, Central Electronics Ltd, Bharat Earth Movers Ltd, Air India and its five subsidiaries and a joint venture, HLL Lifecare Ltd, NMDC's Nagarnar Steel Plant and companies like Indian Medicine and Pharmaceutical Corporation Limited. Many trade unions and political parties have been opposing disinvestment since the beginning. They allege that the government is trying to hide its economic failure by selling the nation's assets. He says that by disinvestment the government is putting the future of those working there at risk, as well as by reducing government jobs, reservation has also come under attack.