Decline In Manufacturing Sector Despite Brouhaha Over 'Make In India' 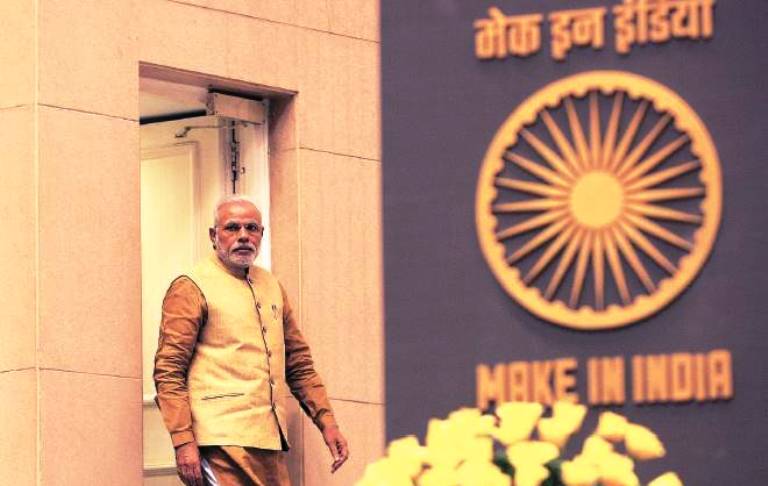 Prime Minister Narendra Modi has been giving the slogan of 'Self-reliant India’, under which, all the government schemes were launched. There is also a campaign of a boycott of Chinese companies and products among the public, amid big push for campaigns like 'Make in India’, in a bid to promote manufacturing. However, statistics show that all claims have proved to be hollow.
Also Read:
Seema Dhaka: First Delhi Cop To Get ‘Out Of Turn’ Promotion For Tracing 76 Missing Kid

According to the Asian Development Bank and International Monetary Fund, the industrial production sector's share of India's GDP in 2019 is at the lowest level in the last 20 years. Simply put, the manufacturing sector is shrinking rather than growing in the country. According to the data, the share of GDP of India's industrial sector was 29.9% in 2000, which reached its highest level of 32.3% by 2008. But in 2019, it has come down to 27.5%. It is worth noting that during this period, Bangladesh has made tremendous progress in the manufacturing sector. In 2000, share of the industrial sector in Bangladesh's GDP was only 25.3%, which increased to 31.2% by 2019. However, this plight of India's manufacturing sector has not happened in a day. Statistics show that the growth rate of the manufacturing sector was 4.8% in 2013, which has fallen to 3.9% in 2019. Also, between 2016 and 2019, the share of industrial sector economy has reduced by 190 basis points. It is worth mentioning that this is the same three years during which the Modi government implemented demonetisation and GST in the country. Many economic experts believe that both these decisions have broken the back of the unorganized sector of India. In the financial year 2019-20, the economy of Bangladesh registered a growth of 5.24% while the Indian economy recorded a growth of only 4.2%.