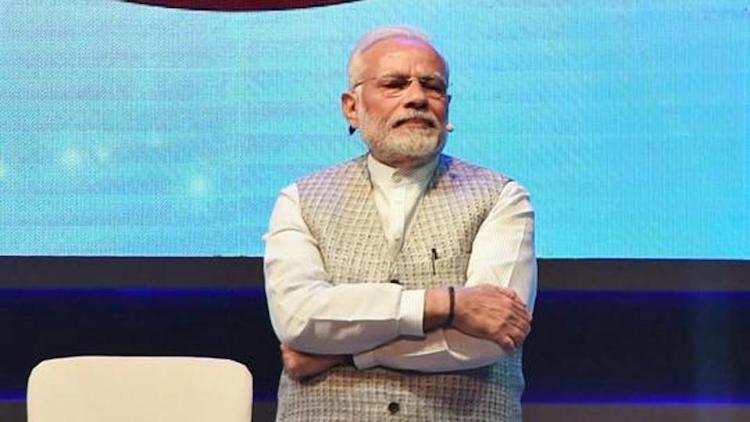 PM Modi follows such people on Twitter who openly indulge in hate-mongering and post indecent and lewd comments about women. The issue of him following such people has also been raised in Parliament but still, Modi keeps following them. On the New Year too, PM Modi followed many such trolls on Twitter. One such Twitter handle is of one Kuldeep Singh, who has uploaded PM Modi’s photograph as his cover photo and calls himself a nationalist. This user made an obscene comment on actress Swara Bhasker on January 1, after which PM Modi followed Kuldeep’s handle. This user’s handle is full of offensive comments and he openly curses opposition parties.
Also Read:
ISRO Selects 4 IAF Pilots For Manned Space Mission

Another user Ankit Dubey calls himself a member of the Bharatiya Janata Party-Rashtriya Swayamsevak Sangh and a Modi ‘bhakt’. This user made vulgar comments on minority Muslims who rose up in opposition against the Citizenship Act. On the New Year, PM Modi followed Ankit Dubey too. Another user Shreyansh has declared himself a patriot on Twitter. Shreyansh has indulged in obscenity on Twitter and made lewd comments on West Bengal Chief Minister Mamata Banerjee. Despite this, PM Modi has followed this user too. Apart from this, there are several users who, after labelling themselves as nationalistic and Modi ‘bhakts’, are engaging in obscenity on Twitter and PM Modi is following them. After the murder of senior journalist Gauri Lankesh in Bengaluru in 2017, several users had abused her. Among them was one Nikhil Dadheech, who PM Modi was following.  The matter of PM Modi following trolls who abuse minority Muslims and women has been raised in Parliament as well. On February 6, 2017, Trinamool Congress Member of Parliament Derek O’Brien had taken up this issue in Rajya Sabha. However, despite this, PM Modi is following such users on Twitter.  The question is what is the compulsion for PM Modi to follow such people. It is also being asked whether the PM’s social media team is not conducting proper checks on Twitter users before following them or are such users being encouraged on the internet as part of some policy? Watch the full report here:

On New Year's day, #PMModi started following many such people on @Twitter who openly indulge in hate-mongering and post indecent and lewd comments about women. @RaGa_reports#trolls