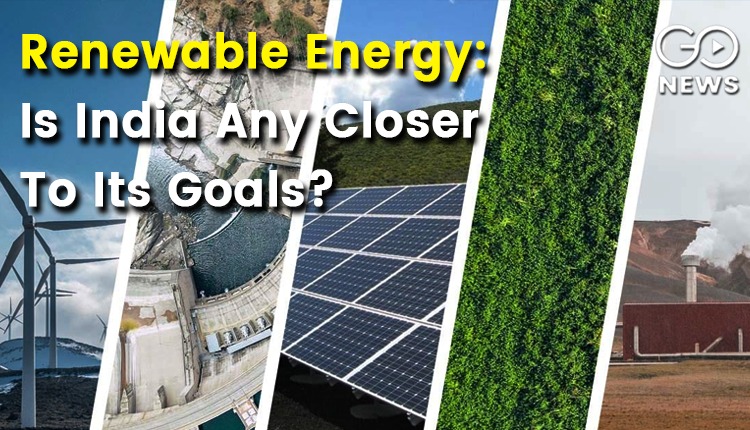 In 2015, the Indian government had pledged in the Paris Climate Agreement to attain 40% of total electricity generation capacity from non-fossil energy sources by 2030. In recent weeks, the government had claimed that it has achieved this goal in November 2021. The government claimed that India’s total Installed Renewable Energy (RE) Capacity reached 156.83 gigawatt (GW), which constitutes 40.1% of the established electricity generation capacity of the country. However, when we take a look at the figures, we see that India is much behind its goal. Simply installing non-fossil energy sources is not enough to achieve the objective. The Central government syas that India has a total energy generation capacity of 390.8 GW.
Also Read:
India's Trade Deficit Keeps Ballooning: New High Reached In November

India is still bfalling behind in terms of reducing reliance on thermal power plants (coal-based). IN September this year, the country generated 108.24 billion units, of which 85.32 billion units was obtained from thermal sources. In November 2020 there was a total energy generation of 95.29 billion units, of which 82.68 billion units were generated from thermal plants. It is obvious that India will lag in its commitment to shift reliance on renewable sources, for which it will have to lessen its dependence on coal. This will also be benefit the climate of the world and certainly the air in India, which comes in the spotlight ever so often for its abysmally poor quality. The government has not provided data for the month of November about the quantum of energy generation from renewable sources. IN September, it was 28.44% of the total. Hydropower contributed 17.81 billion units, meaning 14.59% of the total output. Similarly, in August, electricity from renewable sources contributed 13.85% to the total. Therefore, while India’s established renewable energy capacity may be 40.1%, only 28.44% of thte total is actually being generated.