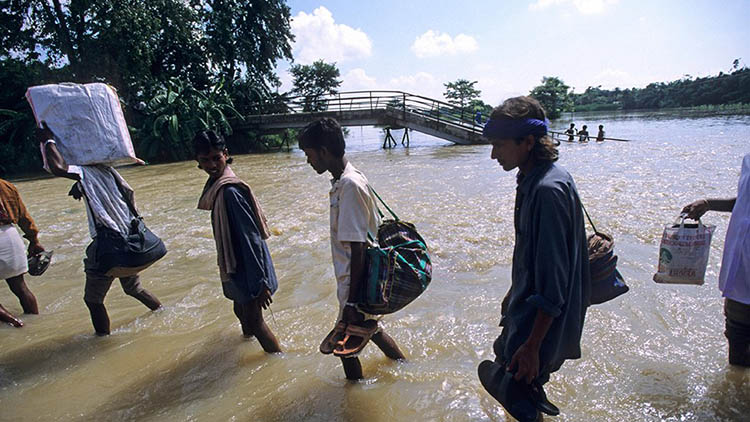 Nearly 30% of embankment repair and anti-erosion works incomplete as the monsoon reaches the flood-prone state When the 2020 monsoon entered Bihar on June 14, millions of residents worried that this year’s flooding would be catastrophic. Flood-control measures in the state have been delayed due to the lockdown forced by the Covid-19 pandemic. And the work that has been done in a hurry may turn out to be sub-standard. Northern Bihar is flooded almost every year as the rain-swollen tributaries of the River Ganga rush down from adjacent Nepal. In 2019, the floods killed 238 people and thousands of livestock, forced thousands to flee and ruined crops. Much of the state capital Patna was flooded for over a fortnight; more than a million people in the city were affected. This year, deterioration in the India-Nepal relationship over a border dispute is a further cause for concern, as many residents of Bihar fear authorities in the upstream Himalayan country may not provide timely flood warnings. But even before the recent political tensions, the lockdowns in both India and Nepal had affected flood-control preparations. In normal years, engineers and workers from India carry out embankment repairs and other flood-control works on the Nepal side of the border under a relatively informal agreement between the government of Nepal and the Bihar state government. “This year, due to the lockdowns in both India and Nepal, the state government could get a nod from the Nepal government only after India’s central government intervened,” said Sanjay Jha, the minister of water resources in Bihar. Shashi Kant Sinha, executive engineer at the Water Resources Department (WRD) said, “Authorities in Nepal were not allowing entry of workers and officials for the work along the rivers that crossed into Bihar. It posed a challenge to complete different projects for flood control.” But the bigger worry stems from the situation within Bihar, where 76% of the northern part of the state and 73% of the southern part are flood-prone. The annual job of repairing river embankments came to a halt with the country-wide lockdown on March 25, and work could only start in mid-May as the lockdown was eased. (This is an edited version, for full story go to: thethirdpole.net)