Why India is neglecting its methane problem ? 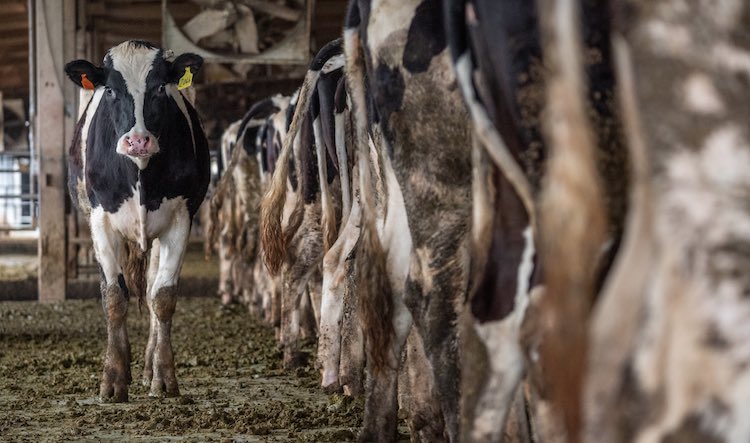 Last month at COP26 in Glasgow, more than 100 countries pledged to reduce global methane emissions by 30% by the end of the decade, compared with 2020 levels. If implemented in full, scientists said, the pledge could stave off 0.2 degrees Celsius of warming by 2050. India, currently the world’s third-largest methane emitter, was a notable absence from the list of signatories, along with China and Russia, the first and second-biggest emitters. But while the urgency of reducing global emissions of the potent greenhouse gas is ever increasing, Indian scientists caution that drastically cutting methane emissions in the country would involve a radical overhaul of its agricultural system, something that India may not be economically and technically ready for.
Also Read:
Tornadoes In US Leave At Least 70 Dead: Climate Change Link Unclear

The rise of methane Over the past 200 years, human activity has doubled the amount of methane in the atmosphere. Methane is the second-biggest source of global warming after carbon dioxide (CO2), and is estimated to be responsible for 23% of all warming caused by greenhouse gases. Unlike CO2, which can survive in the atmosphere for centuries, methane lingers for only around 12 years, but its heat-trapping potential is about 80 times higher than that of carbon dioxide over a 20-year timespan. Methane can also further break down into CO2 when it combines with other atmospheric gases such as oxygen. Methane is generated when organic matter decomposes in an environment with little to no oxygen, for example underwater, or in an animal’s intestine as food is digested, a process known as enteric fermentation. Plants growing in standing water, like rice, generate a lot of methane, but livestock rearing remains the biggest contributor within the agricultural sector.

"In India, agriculture is the biggest source of methane, but also it is one of the hardest sectors to abate"

Methane is also released through the exploitation of fossil fuels, during the process of oil, coal and gas exploration, extraction and processing. While the energy sector used to be the main methane emitter until about two decades ago, and is still a major contributor, agriculture is now the biggest human-made source of methane, according to the latest data from the international research initiative Global Methane Budget. It estimates that agriculture contributes to 27.3% of total methane emissions, while wetlands are the biggest source of naturally produced methane. Prabir K. Patra, a scientist at the Japan Agency for Marine-Earth Science and Technology and a contributor to Global Methane Budget, noted that agriculture is emerging as the main sticking point in discussions of how to abate methane emissions globally. “It is very difficult, if not impossible, to reduce global methane emissions by 30%,” as the new COP26 pledge mandates, “if the agriculture sector is not taken properly into account,” he said. India’s methane hotspots “In India, agriculture is the biggest source of methane, but also it is one of the hardest sectors to abate,” said Abhishek Jain, energy and livelihoods researcher at the Council on Energy, Environment and Water (CEEW), a Delhi-based thinktank. Studies show that 63% of India’s agricultural methane emissions come from livestock, while rice farming contributes nearly 11%. According to Indu Murthy, a senior researcher at the thinktank Center for Study of Science, Technology and Policy, “India has been clear about its stance on agriculture, and has been consciously steering clear of discussions around emissions from the agriculture sector.” She explained that agriculture employs a very large number of people in India, but many agricultural workers remain saddled with poverty. At this stage, she said, the country cannot afford to place an additional burden on the sector by pursuing aggressive reforms aimed at mitigating its climate impacts. CEEW’s Jain said that India’s hesitancy to join a methane phasedown drive can be explained by the lack of mature solutions to mitigate emissions from livestock globally, which makes it difficult for the country to commit to a target.  Suresh Babu, senior fellow at the International Food Policy Research Institute in Washington, echoed Jain’s concerns. “Though India has seen some strong determination to mitigate climate change by focusing on renewable energy,” he said, “its agriculture sector has not received much attention” in terms of policies and research to phase down the emissions embedded in its processes. Better crop management to reduce methane India has the largest area under rice cultivation in the world – even more than China, which is the leading rice producer. This means the country produces a lot of rice, but does so inefficiently. Most of India’s agriculture is still rain-fed, and 90% of the land belongs to smallholder farmers, with rice productivity 45.8% lower than the world average. With better crop-management techniques, countries like Japan have shown that a steep and fast reduction of methane emissions is possible. By adopting methods such as the System of Rice Intensification (SRI), and Modified Pattern of System of Rice Intensification (MSRI), since 1990 Japan has managed to increase yields through precisely managing soil, water and fertilisers, and decrease methane emissions from rice production. “Because the soil is kept moist and aerated [under SRI and MSRI], methane emissions are significantly reduced, also saving irrigation costs for the farmers,” Patra said. “Significant savings also come from the reduction in the use of seeds and fertilisers. All these benefits come without compromising on the crop yield.” These same methods have potential in India, according to Patra. Ultimately, Patra said, the problem of methane emissions from India’s rice cultivation is “just a management issue”. By adapting to better technologies, he said, “we will not hurt the economy, instead we will improve the system overall for the farmers”. But emissions from animal husbandry, he fears, are a harder nut to crack. The problem with animal husbandry Global production of meat, dairy and poultry has quadrupled in the past 50 years. Studies predict that as countries develop and families’ incomes increase, meat and dairy will account for increasing proportions of people’s diets. “Innovation in the [livestock] feed that can reduce methane emissions from animals [by changing their diet] is mainly in the experimental and pilot phases with limited commercialisation,” Jain explained. India’s livestock population has grown by 4.6% since 2012, and the count of its cattle rose by 18% in the last census, a figure that is expected to increase in the coming years. While it is difficult to estimate future methane emissions trends with precision, Patra said he believes that methane emissions are bound to keep rising with the growth of the livestock sector. Suresh Babu suggested that with the current policy regime in place, it may become difficult to control India’s bovine population. India’s sacred cow policy does not permit the culling of cows. “The government should look at this issue not just from an ideological perspective but also from an economical and ecological perspective,” Babu said. Jain believes that India could partially reduce its methane emissions from animal husbandry by increasing the productivity of its livestock, which would in turn reduce the number of animals reared. India’s milk yields remain about five times lower than the best-performing countries like the USA, but India should address this without adopting methods that have proved problematic in Western countries, such as the overuse of antibiotics and hormones, Jain added. “Even without such interventions, there is ample scope to improve milk yields through selective breeding and balanced feed,” he said. Uncertainty also looms large when it comes to wetland and freshwater systems. “With increase in global temperatures, soil and water warm up and wetlands emit more methane,” said Patra. “We know what might increase methane emissions in the future,” he explained, “but we are not sure what [steps may be needed to] decrease them.” This Story Originally Published On The Third Pole. Reproduced With Permission (Author- Monika Mondal)