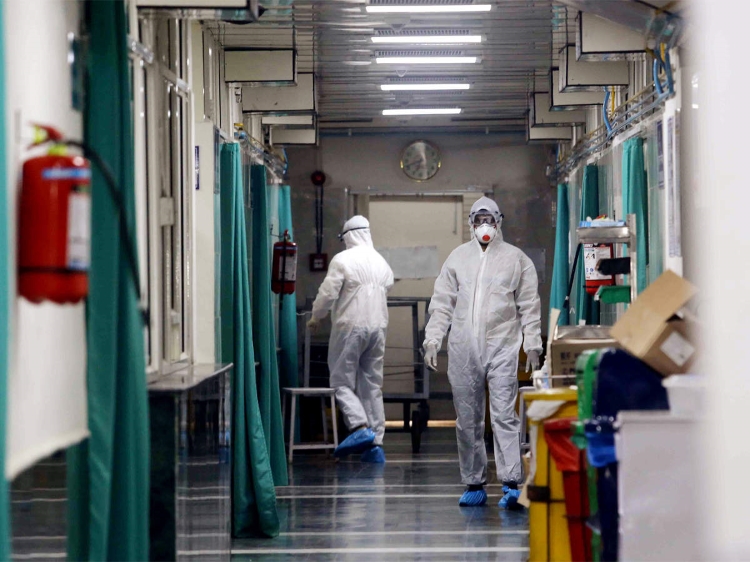 Coronavirus has broken all previous records in the country and the death toll has crossed the 5,000 mark. According to the latest data from the Ministry of Health, in the last 24 hours, 8,380 COVID-19 cases have surfaced while 193 people have died.  After the latest figures, the total number of infected patients has increased to 1,82,143 whereas the death toll has spiked to 5,164.

Highest spike of 8,380 new #COVID19 cases in the last 24 hours in India, 193 deaths reported. Total number of cases in the country now at 1,82,143 including 89995 active cases, 86984 cured/discharged/migrated and 5164 deaths: Ministry of Health and Family Welfare pic.twitter.com/CfNY1DVBtC

Also Read:
NASA Astronauts Launch from the US in Historic Test Flight of SpaceX Crew Dragon

India is at the ninth position in the corona patients' world table but the infection here is spreading faster than other countries. Now Germany has only one thousand patients more than India and France has six thousand more. Apart from this, the number of active patients in India has reached 90 thousand while in France the active patients are 91,586. Meanwhile, Prime Minister Narendra Modi has addressed the countrymen in his radio program Mann Ki Baat. He reminded that when he last spoke on Mann Ki Baat, passenger trains, buses, air services were closed, but now most restrictions have been lifted. Shramik Special, other special trains, and air services have started.

When last time I spoke with you in Mann Ki Baat, passenger trains, buses, air services were closed but this time curbs have been lifted. Shramik Special trains, other special trains and flights have resumed with adequate precautionary measures: PM Modi in Mann Ki Baat pic.twitter.com/xd5VVrGI7H

He once again reiterated that unlike other countries, India has been successful to a great extent in preventing the corona infection. 'When we look at other countries, then we realize our achievements. Our population is manifold compared to other countries and the challenges are different but in spite of this, the coronavirus did not spread as fast as other countries. The fatality rate is also notably low.' PM Modi said.

When we look at other countries, we realise how big is achievement of Indians. Our population is many times more than other countries, challenges are different still #COVID19 didn't spread so rapidly as in other countries&fatality rate is also notably lower:PM Modi in #MannKiBaat pic.twitter.com/qN2jjk4vxH