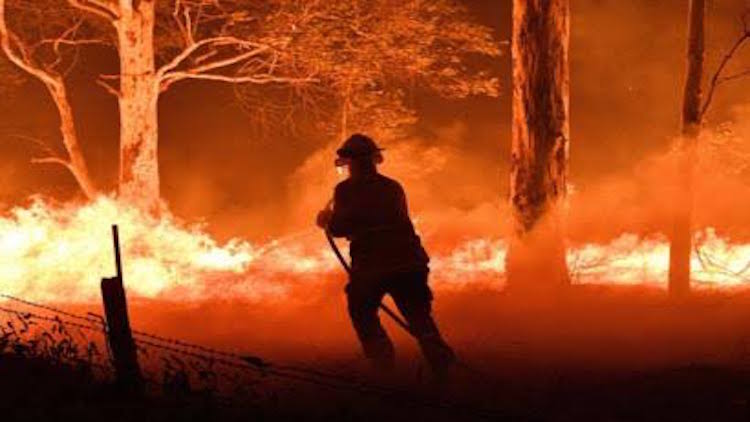 Australian Prime Minister Scott Morrison on Saturday announced an unprecedented deployment of 3,000 reserve troops to battle raging bushfires across the country. Australian Defence Force Reserve Troops will be deployed to assist with evacuations and transporting supplies to remote regions.

We’re putting more Defence Force boots on the ground, more planes in the sky, more ships to sea, and more trucks to roll in to support the bushfire fighting effort and recovery as part of our co-ordinated response to these terrible #bushfires pic.twitter.com/UiOeYB2jnv

This is the first time this has happened in Australian’s history, Australian Defence Minister Linda Reynolds said.  Also Read: Women Take Over The Reins Of Anti-CAA Protests

Threat of wildfires escalated in at least three states as temperatures would surpass 40C in parts of south-east Australia over the weekend. Officials warned that “we are facing another extremely difficult next 24 hours.” At least 23 people have died and over 1300 houses and 2000 buildings have been lost in fires. Mr Morrison said: "We have seen this disaster escalate to an entirely new level." Fires in Australia has so far burned 5 million hectares of land. Many countries of the world Singapore, Denmark, Netherlands and Belgium are much smaller than the area devastated by fire.  Fire is still raging in about 100 places, forcing over 10,000 people to flee their homes. Since September, nearly 50 million animals have died, according to the researchers of the University of Sydney.
TAGS Australian Defence Force Reserve Troops Scott Morrison Australian PM Australia bushfire Australia burning Australia Fire Australia