Women Take Over The Reins Of Anti-CAA Protests 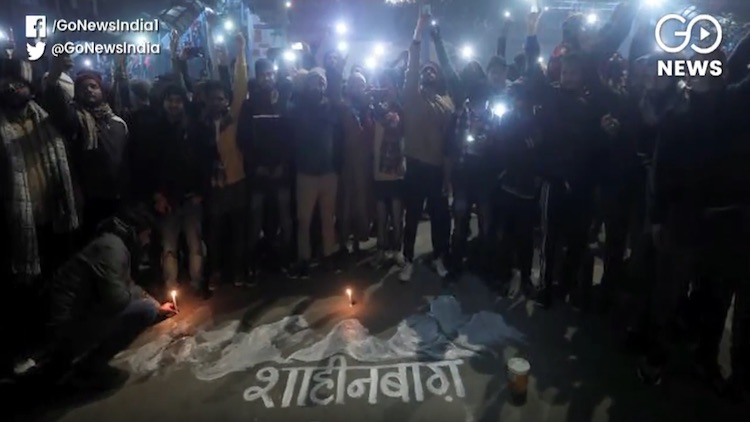 Women in different parts of the country are helming protests against the controversial Citizenship Law. Women have taken to the streets demanding the abrogation of this law in Delhi, Mumbai, Bengaluru, Guwahati and other cities. In Delhi’s Shaheen Bagh, women of all ages have been steadfast in their opposition to the disputed law for the past 20 days. Everyone is keenly watching this movement because women are not ready to budge even on cold winter nights, with their children in tow. Also Read: Who Was General Qasem Soleimani?

However, this is not the only protest led by women. In cities around the country, women have stepped out of their homes and are demanding a repeal of the Citizenship Law. One such protest was held by Assamese women in Guwahati on December 21. These women, who had gathered in thousands, had termed this law communal and opposed to Assamese culture, and spoken out against it. Over here, the women had made it clear that their protest will continue till the law is revoked.  Meanwhile, Assam Chief Minister Sarbananda Sonowal is on the back foot because of the continuing protests in the state. He is beset by fears that the Bharatiya Janata Party might get eliminated in the state because of the Citizenship Law. Therefore, he is making emotional appeals to the protesters time and again. On January 2, he said that as the son of Assam, he will not let any foreign migrants settle in the state. This statement by Sonowal is against the provisions of the Citizenship Law because under this law, Bangladeshi Hindus who enter Assam illegally are eligible for citizenship, and their numbers run into lakhs. The question that arises is if lakhs of Bangladeshi Hindus will not be settled in Assam after being granted citizenship, then where will they be settled? Watch the full report here:

#Women take over the reins of anti-#CAAprotests across several Indian cities, demanding the scrapping of the new #Citizenshiplaw