CAA: Malaysian PM Pays Price For Speaking Out On India 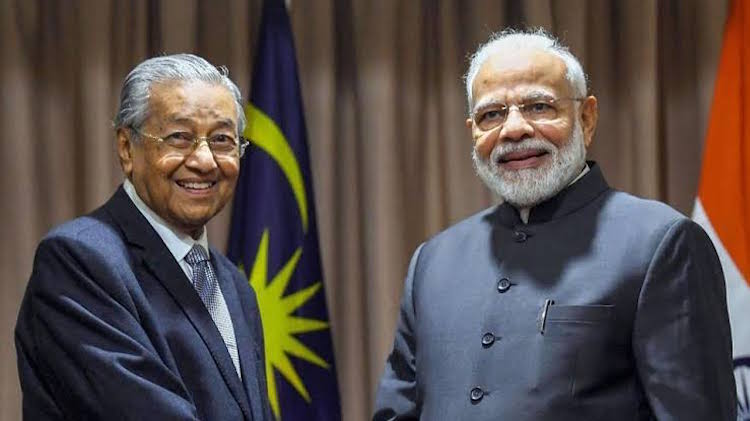 There is upheaval due to the controversial Citizenship Amendment Act (CAA) — which grants citizenship on the basis of religion — not just in India but it is now souring India’s relations with other countries too. This includes countries with which India has no history of bitterness. At the top of this list is Malaysia, whose Prime Minister Mahathir Mohamad has adopted a tough stance on the CAA, because of which Indian companies have introduced curbs on the import of palm oil from Malaysia. According to news agency Reuters, this step has been taken under pressure from the Central Government. Also Read: SC Dismisses Curative Petitions Of Two Nirbhaya Death-Row Convicts

Despite these cuts, Mohamad has made it clear that he is ready to pay any price but he will keep speaking out against “wrong things”. He said further, “We are concerned of course because we sell a lot of palm oil to India, but on the other hand we need to be frank and see that if something goes wrong, we will have to say it. If we allow things to go wrong and think only about the money involved, then I think a lot of wrong things will be done, by us and by other people.”  Due to cuts in the import of palm oil, Malaysian refiners are apprehensive about huge losses but Mohamad has expressed the hope that he will find a solution to this crisis. After Indonesia, Malaysia is the second-largest producer of palm oil in the world and India is its biggest customer. In 2019, India purchased 4.4 million tonnes of palm oil from Malaysia. If relations between the two nations do not improve, then in 2020, this import could reduce to 1 million tonnes and India will also suffer losses due to this. Meanwhile, India’s Ministry of External Affairs has said that cuts in palm oil imports are not related to just one country. However, the relations between two countries are crucial for any commercial trading.  Mohamad had adopted a harsh stand on the CAA earlier too and said that Malaysia has granted citizenship to even those Indians who were not completely eligible. But India is a secular country and minorities are dying there because of the citizenship law. If this happens in Malaysia, it will create instability and people will be affected by it.
TAGS Central Government External Affairs Ministry palm oil import Palm Oil Cultivation anti-CAA CAA protest CAA Mahathir Mohamad Malaysia Malaysian PM

By Kausik Ghosh 3 hours ago