India Responds To US Move Against Air India Repatriation Flights 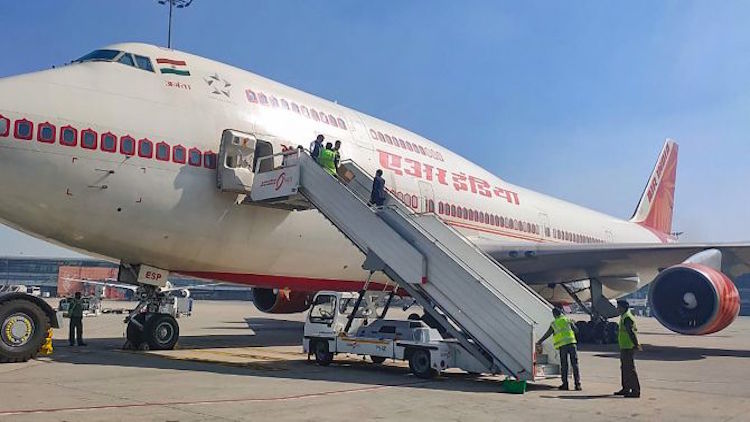 Shortly after US moves against Air India, accusing it of 'discriminatory and restrictive practices' while operating repatriation flights, the Ministry of Civil Aviation has responded stating that "we are now looking at the possibility of establishing bilateral agreements". (with several countries including US).

We have received requests from concerned authorities in several countries including US, France, Germany among others requesting that their air carriers be allowed to participate in transportation of passengers along the line being conducted by Air India under Vande Bharat Mission pic.twitter.com/MK5xNHV0Hx

A US Department of Transportation order served on Monday had also stated that Air India repatriation flights to the country are also selling seats to members of the general public.
Also Read:
80% Of COVID-19 Deaths In Bhopal Were Among Survivors Of The 1984 Gas Tragedy

The department order stated that effective 30 days from June 22 Air India is to “obtain prior approval from the Department in the form of a statement of authorization before operating any Third- and/or Fourth-Freedom charter flights to or from the United States”. 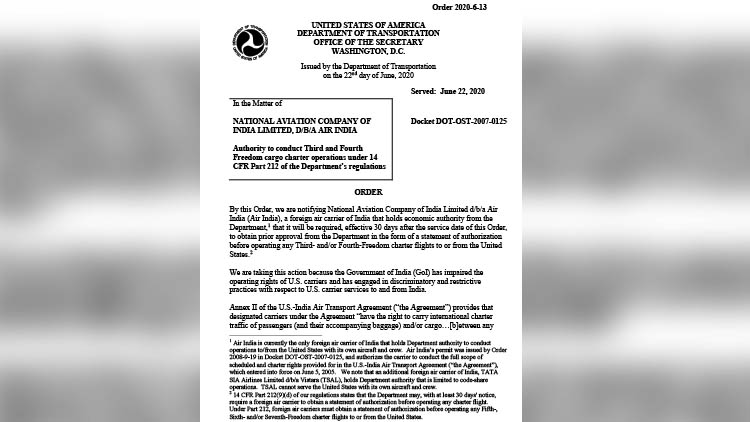 The US move was seen as retaliation to India blocking US carriers. “On May 26, 2020, Delta Air Lines, Inc. (“Delta”), via letter, requested permission from the Indian Ministry of Civil Aviation (MoCA) to perform repatriation charter services similar to those provided by Air India. To date, Delta has not received approval to perform the requested repatriation charters”, the order stated. 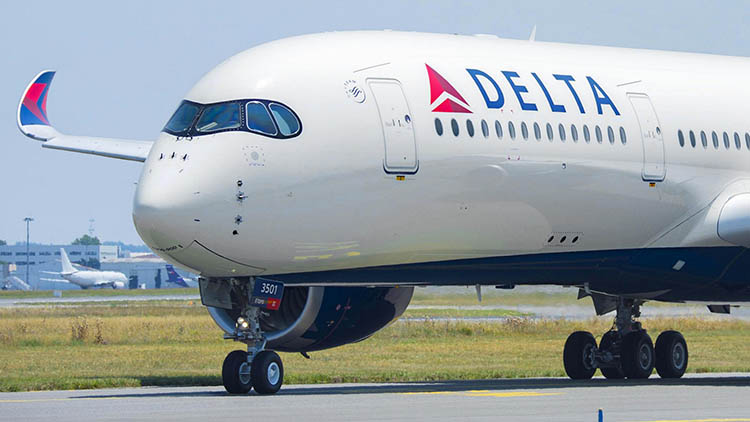 “We are taking this action because the Government of India has impaired the operating rights of U.S. carriers and has engaged in discriminatory and restrictive practices with respect to U.S. carrier services to and from India”, it added With 59 flights already on plan between June 10 and July 3, 2020, Air India would effectively be performing through its charter operation over half of its pre-pandemic operations, according to the transportation department. “In this regard, we note that Air India has been conducting self-described “evacuation” charters (i.e., repatriation charters), between India and the United States in both directions since May 18, 2020. On May 19, 2020, an official from the Department advised Air India of the Department’s concerns that some, if not all, of Air India’s so-called evacuation charters have gone beyond true evacuations (at least on the India to the United States segments) and involved sales to any member of the general public able to enter the United States”, the order stated.