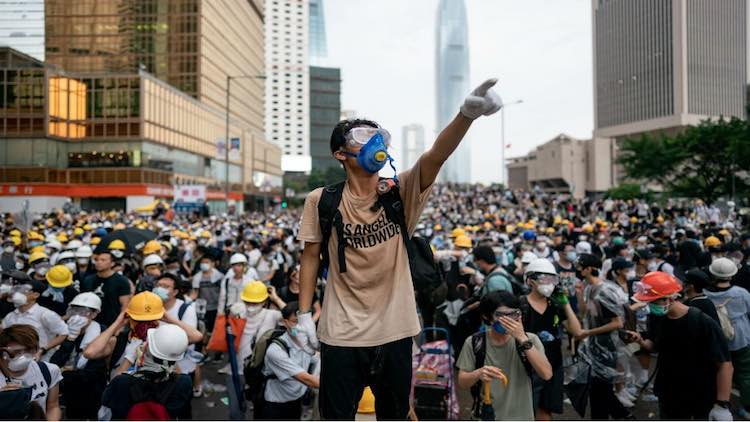 US President Donald Trump on Wednesday signed into law legislation aimed at backing pro-democracy protesters in Hong Kong, drawing a swift and furious response from Beijing which has condemned the bill as “full of prejudice and arrogance”. The legislation 'Hong Kong Human Rights and Democracy Act of 2019', approved unanimously by the US Senate and by all but one lawmaker in the House of Representatives last week, authorises sanctions on Chinese and Hong Kong officials involved in human rights abuses in Hong Kong.
Also Read:
OTT Players Launch Separate Platforms For Kids

The bill also requires the state department to annually review whether Hong Kong retains enough autonomy to justify favourable US trading terms. He also signed another bill banning the sale of munitions like tear gas and rubber bullets to Hong Kong police. “I signed these bills out of respect for President Xi, China, and the people of Hong Kong,” Trump said in a statement issued by the White House. “They are being enacted in the hope that Leaders and Representatives of China and Hong Kong will be able to amicably settle their differences leading to long term peace and prosperity for all.”

China’s Foreign Ministry was swift and furious, saying the bill “seriously interfered with Hong Kong affairs, seriously interfered with China’s internal affairs, and seriously violated international law and basic norms of international relations.” The ministry threatened “countermeasures” if the US continued “going down the wrong path”. The ministry warned the United States against acting arbitrarily and said that any consequences would “be borne by the United States.” The Hong Kong government also expressed strong opposition and called the act "unnecessary and unwarranted”, saying these two bills are an obvious intervention of Hong Kong’s internal affairs. Trump's announcement comes at a delicate time for US-China relations. The protests in Hong Kong since the past five months against extradition bill has now transformed into a larger pro-democracy movement.