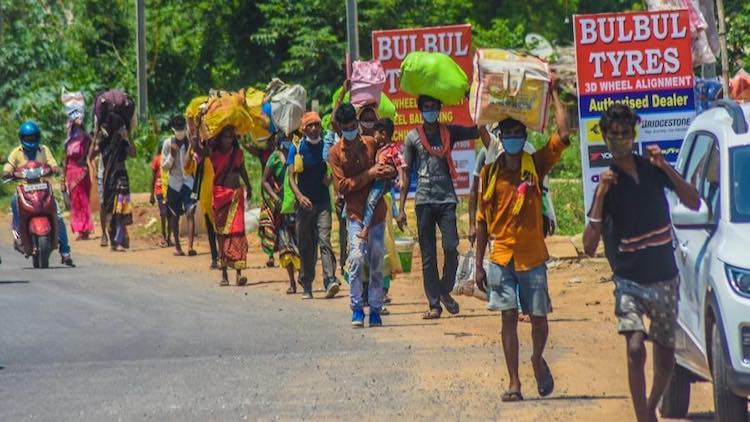 Neither the coronavirus infection could be prevented nor the economy survived due to the strict lockdown that lasted more than 70 days. The economy has gone into the abyss by contracting to negative 23.9 percent and the brunt of which will be borne by the poorest section of the country. It has become difficult for this section to afford two meals, according to the research organisation Development Alternatives' latest report. According to the report, 25% of people are struggling with food shortage and 16% of people have either changed their eating habits due to lack of money or have cut down on food expenses. Also Read: No Question Hour In Monsoon Session, Tharoor Says ‘Pandemic An Excuse To Stifle Democracy’

The central government announced the Self-Dependent India (Atma Nirbhar Bharat) Package in May, before the economy collapsed in the lockdown. Under this, every migrant labourer/poor family was supposed to get 5 kg of foodgrains and 1 kg of gram, but the latest figures show that half of the ration that the central government gave to the states for distribution to the poor did not reach the poor. According to the data of the Ministry of Consumer Affairs, Food and Public Distribution, only 33 percent grains and 56 percent gram have been allocated to the poor/migrant labourers. This means that many state governments did not even bother to distribute the allocated ration/food grains. This is the situation when the poor have nothing left to eat. Statistics show that Centre had allocated 8 lakh tonnes of foodgrains (wheat and rice) for the migrants. Of this, 6.38 lakh tonnes (80%) was lifted by the states and Union Territories but only 2.64 lakh tonnes (33%) could be distributed among the beneficiaries in the last four months. 26 states and union territories have lifted 100% of foodgrains from their allocations, but only 4 states Bihar, Chhattisgarh, Nagaland and Odisha distributed 100%. Andhra Pradesh reported nil distribution while Telangana reported 1% and Goa 3% distribution. Gujarat lifted about 88% of foodgrains under this scheme, but distributed only 1%. Out of 29,132 tonnes of gram allocation, states and union territories distributed about 16,323 tonnes till 31 August.  Only Delhi and Manipur have reported 100 percent distribution of gram. Uttarakhand, Madhya Pradesh, Goa, Telangana, Gujarat, Tamil Nadu, Andhra Pradesh, Ladakh and Lakshadweep have distributed less than 10% of gram In the lockdown, Finance Minister Nirmala Sitharaman announced on May 14 to provide free food grains for two months to migrants, who were neither beneficiaries of the National Food Security Act nor did they have a ration card in the state.
TAGS Atma Nirbhar Bharat package migrant labourers States Lockdown free ration foodgrains Economy coronavirus

By Darshit Singh 20 minutes ago