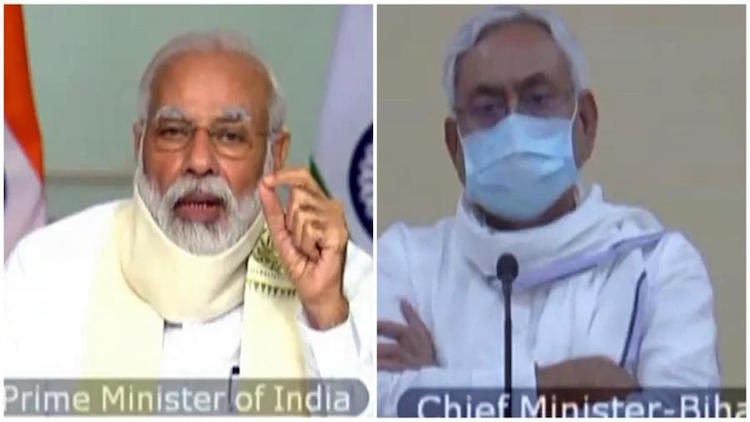 Bihar Chief Minister Nitish Kumar has alleged that all the northern districts of Bihar are facing floods but the neighbouring country Nepal is not helping to deal with it. The CM raised the issue in a meeting with PM Modi that Nepal has not been cooperating with the Bihar government for the last few years. Kumar also urged the Central Government to intervene in this matter.

Nitish flags non-cooperation from Nepal in flood management at meeting with PM Modi, seeks Centre's intervention on the matter

So far 23 deaths have been reported due to floods in the State, while about 74 lakh population of 16 districts are affected. Sitamarhi, Shivhar, Supaul, Kishanganj, Darbhanga, Muzaffarpur, Gopalganj, East Champaran, West Champaran, Khagaria, Saran, Samastipur, Siwan, Madhubani, Madhepura and Saharsa districts of Bihar are the worst affected by the floods. Thousands of people have had to take shelter in relief camps set up by the government. Common people and their animals are longing for water.
Also Read:
Nepal Plans To Build 'Ayodhya Dham' To Further Back Its Claim

A total of 33 teams of NDRF and SDRF have been deployed to carry out rescue and relief operations in the flood affected districts of Bihar. These areas have been affected by floods due to rising water level in rivers like Bagmati, Adhwara Group, Kamla Balan, Gandak, Budhi Gandak in the state. Rivers are flowing above the danger mark in many areas. In the most affected Darbhanga district, maximum nine deaths were reported, six in Muzaffarpur, four in West Champaran, two each in Saran and Siwan. Even before the onset of monsoon this year, the Bihar government was repairing the dams and embankments in the border districts of Nepal, even then Nepal had objected and stopped the construction work. It is being said that if the state government's coordination with Nepal had been better and if the Bihar government had fulfilled its promises, then the loss of life and property could have been reduced.