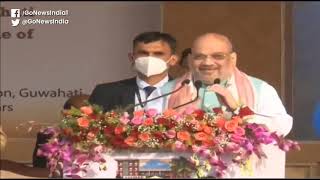 The BJP’s dream of forming the government in Haryana has again been shattered. No party has won the majority in the state assembly election results declared on Thursday. With 10 seats, Dushyant Chautala has become the kingmaker. Meanwhile, the BJP has spoken to independents about forming the government. Both the BJP and Congress are claiming that they will form the government but none of them has the majority. While the BJP has won 40 seats, the Congress has won 31 seats and the JJP has got 10 seats. Also Read: 'Call Of Duty' Mobile Game Sets New Record

Apart from this, the INLD has won 1, the Haryana Lokhit Party has won 1 and independents have won 7 seats. After winning 10 seats, Dushyant Chautala has emerged as the kingmaker. Both the BJP and the Congress are constantly in touch with Dushyant Chautala. Late night on Thursday, Gopal Kanda, leader of the Haryana Lokhit Party met J.P. Nadda, BJP working president, in Delhi. Also, Ranjit Singh Chautala, an independent MLA, gave his support to BJP. Meanwhile, there is news that Chief Minister Manohar Lal Khattar will stake a claim to form the government again after resigning on Friday. Having emerged as the second largest party, with 31 seats, the Congress has also claimed to form the government. Former Chief Minister Bhupendra Singh Hooda has said that the Congress will form the government and has asked all opposition parties to come together. On Friday, there is a meeting of the national executive of the Jannayak Janta Party. Party president Dushyant Chautala has said that the party will mull over its next steps after finding out the opinions of everyone concerned in the meeting. Watch the full report here:

The #BJP fell short by 6 seats in #HaryanaAssemblyElections to form the next government. However, talks are underway with independent candidates to get to the magic figure of 46. Eight Haryana BJP ministers also lost in this election. pic.twitter.com/1sfvyaxQ8P