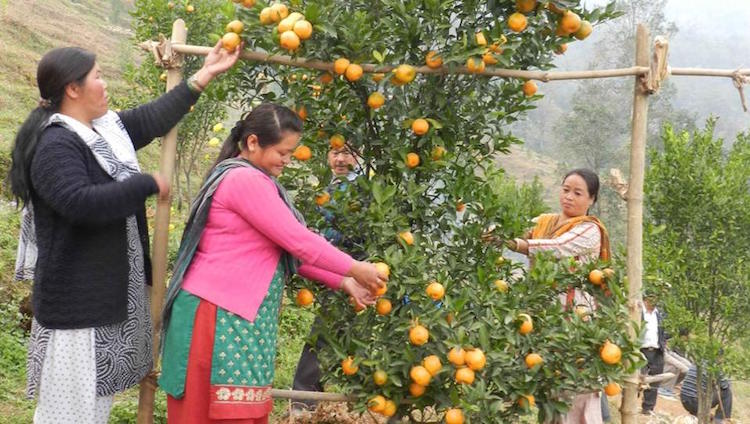 The oranges of Darjeeling, which is famous for its tea gardens, have their own identity across the world. But farmers in Darjeeling are now turning their back toward orange farming to limit losses in trade. Siliguri, which once produced the maximum number of oranges, is currently facing tough times. In the past several years, the scope of orange farming has been constantly reducing. Farmers are anxious due to a fall in production and not being able to get the right prices for oranges in the wholesale market.
Also Read:
Delhi-NCR Air Turns Poisonous, AQI Above 350 In Many Areas

Earlier, the oranges produced here were exported to foreign countries, but exports have stopped since 2015, due to which farmers are unable to even extract the cost of farming properly. While on one hand, the production has decreased, on the other hand, the orange crop which is harvested is getting spoilt due to an infestation by insects and pests. Due to this, there has been a fall in the quality and taste of oranges. According to traders, the government is not paying any attention to their plight. Despite writing letters several times, there has been no response.  In the coming days, Darjeeling oranges might only exist in name. While oranges were cultivated extensively in Darjeeling earlier, it has now contracted to a meagre 5%, due to which Darjeeling farmers are currently facing a tough time. Watch the full report here:

Dark clouds loom over #Assam's #orange traders, as the orange trade in the state comes down to meagre five per cent. #Farmers are less keen to grow oranges since the #exportban in 2015@rumanaalvi4