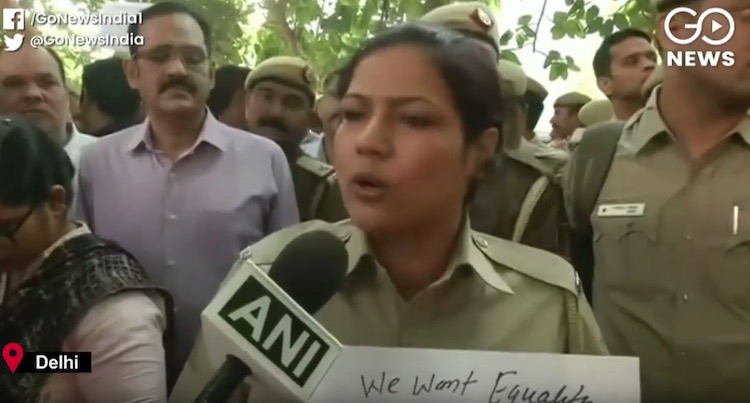 The protests by Delhi Police personnel against attacks on them by lawyers spread on Tuesday and the situation has now led to the L-G of the city calling an emergency meet. Earlier today,  Delhi Police Commissioner, Amulya Patnaik, had to face the ire of lower ranks of the Delhi police who have been at the receiving end of violence by lawyers ever since the Tis Hazari clash on November 2 . Angry cops and their families protested outside the new police headquarters in the city.The police chief came down from his office and sought to pacify the protestors from a temporary podium, but to little effect. After Saturday’s violence at the Tis Hazari court which saw injuries on both sides, attacks on cops continued on Monday as lawyers went on the rampage at several Delhi courts and parts of Uttar Pradesh as well. Also Read: Virat Kohli's Letter To His 15-Year Old Self On His 31st Birthday

The Tis Hazari clash erupted over a parking issue between a lawyer and a some policemen on the court premises which later turned violent. Senior police officers of the Delhi police earlier on Tuesday attempted to pacify the protesting cops who allege that their superiors have not stood up for them and their families. Meanwhile, the Delhi High Court late on Tuesday issued notice to the Bar Councils of India and Delhi.
TAGS Delhi Police Commissioner Amulya Patnaik Tis Hazari Tis Hazari Court Lawyers vs Police lawyers protest Delhi Police Headquarters Protest Delhi Police