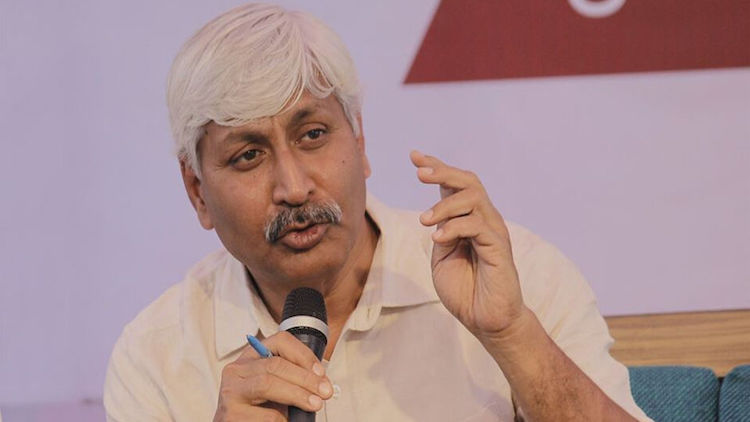 The Delhi Police Special Cell questioned Delhi University Professor Apoorvanand for three hours in connection with the North-East Delhi riots. The professor said the police also seized his phone. Professor Apoorvanand teaches Hindi at Delhi University. He said that it is disturbing for him to see that the supporters of Anti-Citizenship Amendment Act protest are being considered the source of violence.
Also Read:
Drought Threat Looms Over 20 Madhya Pradesh Districts, Farmers Worried

In a statement issued on Tuesday, Apoorvanand said, “I was asked by the Special Cell, Delhi Police, to appear before it in the investigation into FIR no 59/20 related to the violence that happened in North-East Delhi in February 2020. I spent five hours there. The Delhi Police also considered it necessary to seize my phone for the purpose of investigation.” Violence in the north-eastern region of Delhi erupted in February when protests were taking place against the Citizenship Amendment Act. 53 people were killed in this violence and more than 250 people were injured. Apart from this, large-scale looting was also done. Delhi Police is investigating this case by registering a case under UAPA. Police have arrested several anti-citizenship law protesters for this violence. Professor Apoorvanand said that the police should not harass the protesters and their supporters who were constitutionally opposing the Citizenship Amendment Act, National Register of Citizens and the process of creating a National Population Register. “There was violence and, hence, we must all know who the real perpetrators were, it’s only in the best interest of the nation that they are found and the truth established,” Apoorvanand said. Apoorvananda has expressed hope that the Delhi Police will focus on finding out the real perpetrators of the violence who targeted those protesting peacefully and the people of North-East Delhi.