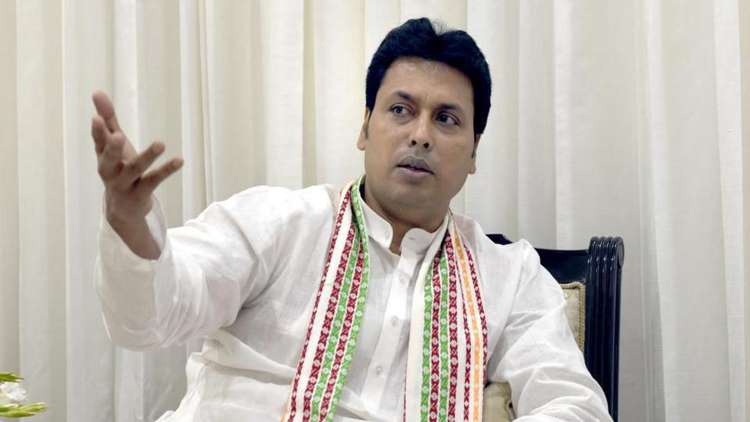 In a political crisis, about a dozen BJP Tripura MLAs have revolted against Chief Minister Biplab Kumar Deb and are camping in New Delhi to meet the party’s national leadership, demanding the CM's removal. Led-by former State Health Minister and senior party leader Sudip Roy Barman, Rebel MLAs have accused CM Biplab of dictatorship, lack of experience and tarnishing the party’s image with his mild and nonsensical statements. They have sought an audience with BJP President JP Nadda and General Secretary BL Santosh. Also Read: In A First, Total Value Of India’s GDP Less Than Market Cap Of Companies Listed On Stock Market

Rebel MLAs say they are with the party but if the BJP wants to continue in power in the state for the long term, then the current CM must be replaced, or else the Opposition will become strong in Tripura. The MLAs, led by Sudeep Roy Burman, claim that they have the support of two more MLAs among the party’s 36 legislators in the House of 60. Apart from Sudeep Roy Burman, the MLAs in Delhi include Sushant Choudhary, Ashish Saha, Ashish Das, Diva Chandra Rankhal, Berb Mohan Tripura, Parimal Deb Burman and Ram Prasad Pal. MLA Sushant Chaudhary claimed that Birendra Kishore Deb Burman and Biplab Ghosh are also with him, but couldn’t be in Delhi because they are COVID-19 infected. Regarding rebel MLAs, Tripura BJP president Manik Saha has claimed that the government is completely safe as seven or eight MLAs cannot bring down the government. Regarding the MLAs’ grievances, he said that “he has not heard their complaints. In the BJP, we do not discuss such issues outside the party”. Meanwhile, a leader close to the Tripura CM has said that a total of seven MLAs have reached Delhi and one of them has also left and returned back. He says that now the six MLAs who are rebelling against the CM were former Congress leaders who joined the BJP before the elections. According to the CM’s close aide, one rebel MLA who first started in Congress and later joined BJP and became an MLA and then a minister, was removed from the minister's post, following which he started creating an atmosphere against CM. Of the total 60 seats in Tripura, 36 MLAs are from BJP and 8 IPFT MLAs also support BJP Government and besides this, 16 MLAs are from the CPI-M.
TAGS political crisis JP Nadda BJP president Sudip Roy Barman Tripura BJP MLAs Biplab Deb Tripura