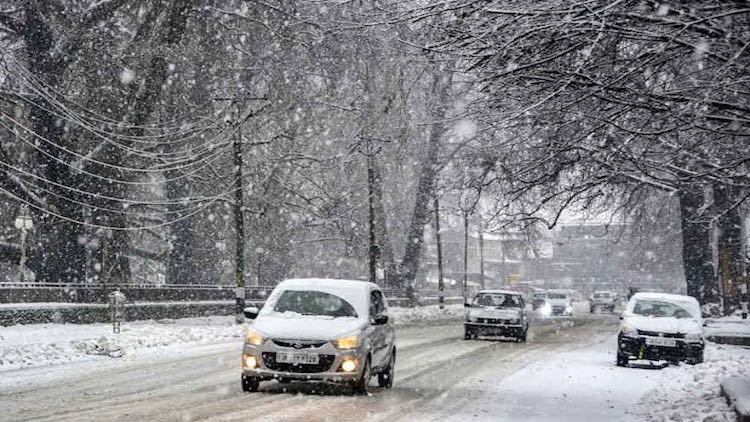 Normal life has been severely disrupted due to snowfall in Srinagar in the past several days. A thick layer of snow has accumulated on the roads and work is going on since Tuesday morning to remove it, so that people can get some respite. People are facing difficulties in moving around due to the thick layer of snow on the roads. They say that they have never seen so much snowfall.
Also Read:
Smoke From Australian Fires Due To Come Back After Encircling The Globe

While there are chances of accidents due to the accumulated snow, pedestrians are also finding it difficult to walk around in these conditions. People are saying that the government should start clearing the snow soon. Meanwhile, teams of 20 people each are engaged in snow clearance so that the roads can be quickly opened and people don’t face any kind of problems. People part of the teams say that they have been trying to clear the snow for the past two days but are finding it difficult to do so due to the change in weather. Local people say that they have not seen such heavy snowfall in the past several years. Watch the full report here: