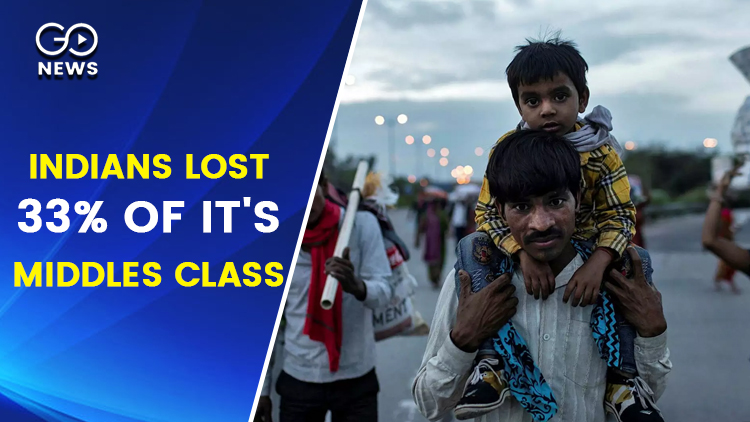 United Nations Conference on Trade and Development (UNCTAD) in its latest research report has flagged that in accumulated real income loss due to the economic impact of Covid 19 pandemic, India has lost 27.7% of its income. That’s the worst performance among 20 countries for which the research was carried out with a global average loss of 12.3%. (See chart 1) Though the recovery in economic activity is underway where India may perform better than the average 4.7% global GDP growth, but the “destruction of income on an unprecedented scale” will have a lasting impact on the developing countries.

The impact of this income destruction is visible in another global report out this week conducted by the PEW Research Centre which estimates that 33 million out of total 99 million Indians have dropped out from Middle Income Tier ($10-20 a day) to join the Low Income Tier ($2-10 a day) in 2020. Additionally, the number of poor- whose income is less than $2 a day- has increased by a staggering 75 million. (See chart 2) (Click Here For Full Report)

Also Read:
Making It Real: From Self Sovereign Identity To Decentralized Identity Management. Who Cal

Overall, 1 million Indians have slipped from High Income strata who earn more than $50 a day and 6 million from the Upper Middle class who earn $20-50 a day. The PEW report points out that comparatively China, which has a similar population to India has been able to fend off the negative impact of the pandemic with 11 million people falling off from Middle Income to Low Income strata as their incomes declined. The UNCTAD report called ‘Out of the Frying Pan… into the fire’, says that the income loss impact on India is more than double compared to countries like Russia, Brazil, Indonesia, Turkey, Argentina and South Africa. It calls for continued government support to restrengthen the economic foundations and relief packages or the people.