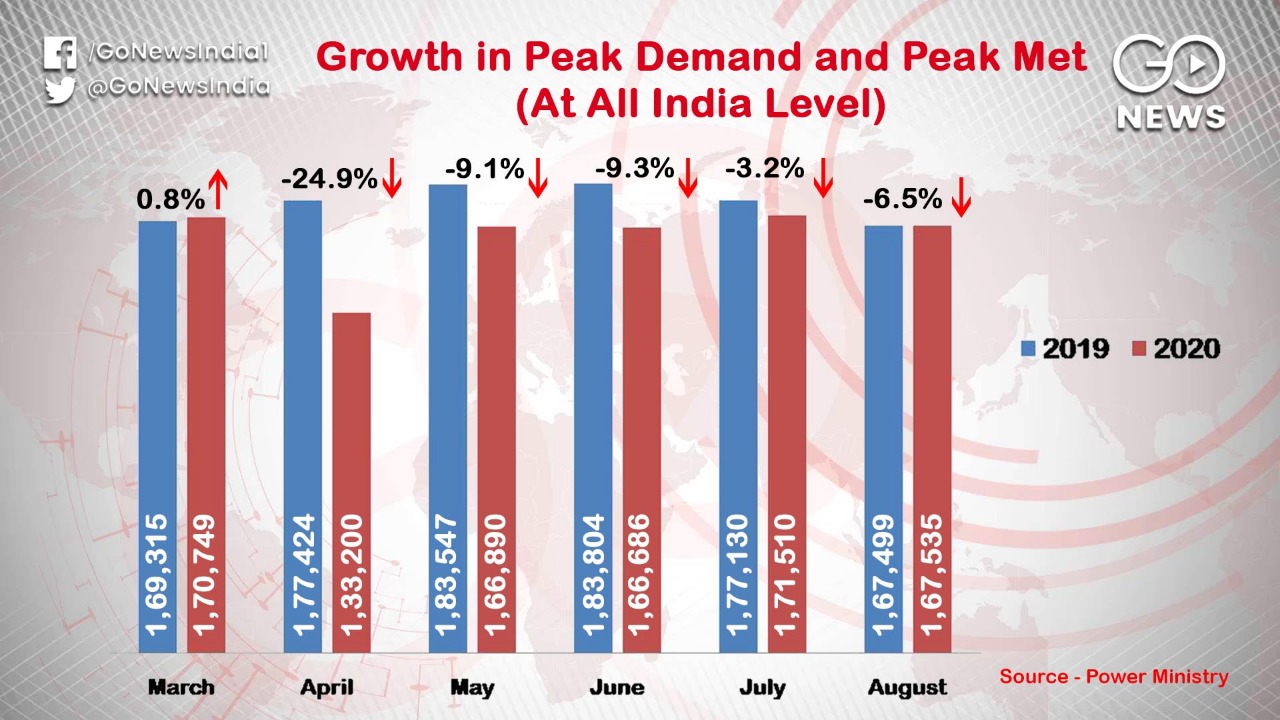 According to government figures, power generation has declined in the month of December 2019. During winters, when the demand is usually more, a decline in power generation shows that the country’s economy is going through a tough phase. This condition, more or less, prevailed throughout the year. Also Read: Imported Onion's Poor Quality Hurting Traders

One indication of how the country is faltering on the economic front comes from the latest figures of the Central Electricity Authority.  According to the released figures, the targeted power generation for the month of December 2019 was 107,080 million units, whereas only 98,762 million units electricity was produced, which is 7.7% less than the target. If this figure is compared to the figure for December 2018, then it is 2.1% less. In simple terms, in December, that is during the winter season, in the normal course, there is more demand for electricity in homes and factories. In this period, in light of increased demand, power generation should increase but it is instead declining. Figures reveal that in this financial year, the biggest decline in power generation has been in the south zone, where the target was 201,568 million units but only 184,705 units could be produced in the last nine months. That is, in the south zone, there was a difference of -8.37% between target and production, -7.31% in the north-east zone, -5.55% in the north zone, -5.24% in the east zone and -4.28% in the west zone. Apart from this, statistics show that there has been a decline of -8.72% in coal-based power generation, which has been recompensed through hydro-electric power plants. These figures are the biggest proof of the recession in the industrial sector. Watch the full report here: