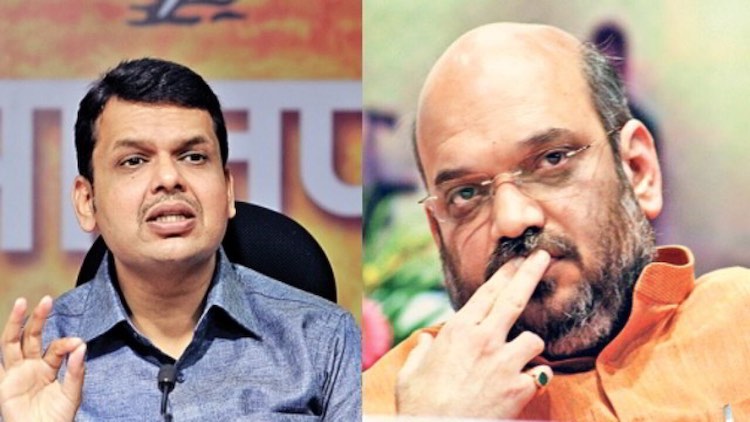 BJP leader and Home Minister Amit Shah lashed out at the Congress over Arnab Goswami’s arrest by the Mumbai Police in a 2018 suicide case, calling it a ‘blatant misuse of power’. He also said this “reminds us of the Emergency”. The Mumbai Police has arrested Republic TV’s Editor-in-Chief Arnab Goswami for abetting the suicide of a 53-year-old interior designer. A team of Raigad Police and Mumbai Police detained him from his residence at 6:30 am on Wednesday.

Arnab Goswami has been arrested by Raigad police in the case for abetting the architect Anvay Nayak to suicide. The case of abetment to suicide dates back to May 2018 when Naik and his mother Kumud Naik committed suicide in their bungalow in Alibaug. In a letter, 3 people were held responsible for the suicide by Anvay Naik. Those 3 persons were Arnab Goswami, Feroze Sheikh and Nitash Sarada. Anvay Naik was the Managing Director of Concord Design Private Limited Company,  which designed the studio and office of Republic TV. Anvay's mother, Kumud Naik, was also on the board of directors at the company. According to Anvay Naik’s wife, Republic TV did not pay the bill which the Concord Design Company gave for the work. According to Anvay's suicide note, he suffered a financial loss of Rs 5.4 crore and his financial condition deteriorated due to non-payment of bills. After the Anvay’s suicide, the Alibaug Police registered a case on the basis of his wife’s complaint and the suicide note. Due to lack of sufficient evidence, the Raigad police filed a closure report of the case, which was then accepted by the Court. In May 2020, Maharashtra Home Minister Anil Deshmukh ordered to start the investigation once again on the basis of a written complaint letter by Ananya Naik's daughter Adanya Naik and handed over the case to the Crime Branch. After which the police took this action on Wednesday. Former Maharashtra Chief Minister Devendra Fadnavis also hit out at Congress-Shiv Sena, terming them “emergency supporters” and accusing them of displaying undemocratic brutality to crush any voice of dissent”.

Although emergency was defeated in 1977,the mentality is still alive!Today,supporters of emergency-Congress&Shivsena displaying the same undemocratic brutality to crush any voice of dissent.India has always fought such forces&struggle will continue.#EmergencyInMaharashtra#Arnab

Reacting on the allegations of Shah and Fadnavis, Shiv Sena MP Sanjay Raut has said that law is followed in Maharashtra and the Maharashtra government never takes action in retaliation. If the police have any evidence in the investigation then the police can take action on anyone

The law is followed in Maharashtra. Police can take action if they have evidence against anyone. Since the formation of Thackeray government, no action has been taken against anyone for revenge: Sanjay Raut, Shiv Sena leader pic.twitter.com/UnQK8C4HpX