SC Refers Sabarimala To Larger Bench, Entry Of All Women To Continue

The Supreme Court on Thursday referred to a larger seven-judge bench the case relating to the entry of women into Sabarimala shrine. The split verdict, with three of the judges including Chief Justice Ranjan Gogoi, Justice AM Khanwilkar and Justice Indu Malhotra favouring the referral of the case to a larger bench. Noting that ‘restrictions on women in religious places is limited not only in Sabarimala but prevalent in other religions’ a seven-judge bench of the Supreme court will now have to look at the issue afresh. The top court also referred the restrictions over women entering a dargah or mosque, and Parsi women to tower of silence and so on.
Also Read:
Sabarimala: SC Refers Review Petitions To Larger 7-Judge Bench

The Supreme Court on September 28, last year, had outlawed the practice of restricting the entry of women who were menstruating. The shrine had barred the entry of women between the ages of 10 to 50 years from entering the shrine in deference of the celibate nature of Lord Ayyeppa. However, despite the SC order, only a couple of women had managed to enter the shrine due to the stiff opposition from various devotees. 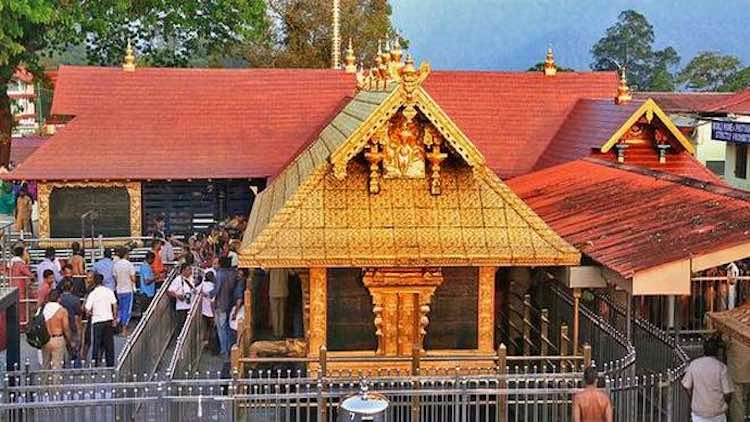 Interestingly, Justice Indu Malhotra was the lone dissenter in the 2018 judgment, who today along with the Justice Khanwilkar and CJI Ranjan Gogoi ruled in favour of sending the case for a review of a larger bench. "We are happy with the judgment and we are optimistic that the court will also continue to stick to its original stand and continue to allow entry of women into the shrine," said Ravi Prakash Gupta, advocate of the original petitioner who had sought the entry of women into the shrine. Interestingly, while a larger bench of the Supreme Court will be formed to examine the matter, there is, however, no ban or stay on the apex court’s 2018 judgment which allowed entry of women into the shrine. "Today's Supreme Court order is a partial victory; we will continue to protest," said Rahul Easwar, one of the lead activists opposing the entry of all women in Sabarimala.

The #SupremeCourt on Thursday referred to a larger 7-Judge bench the petitions seeking review of the apex court’s 2018 judgment allowing entry of women between the ages of 10 and 50 into the #Sabarimala temple @SidharthPandey reports#SabarimalaVerdict pic.twitter.com/Gsv9Sr288i