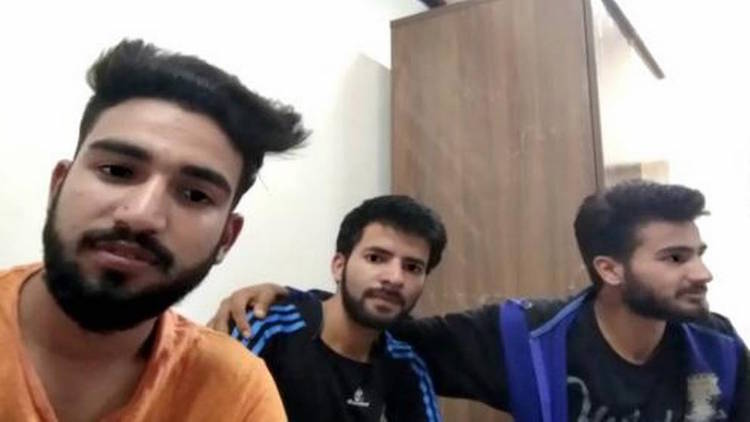 Cases of sedition are being filed over and over again in BJP-ruled Karnataka. Three Kashmiri students studying engineering in Hubli have now been arrested on charges of sedition and sent to judicial custody till March 2 amid heavy security. Workers of saffron organisations made several attempts to attack the three students who have been identified as Basit, Talib and Moinuddin. They were studying engineering at the KLE Institute of Technology in Hubli.
Also Read:
Coronavirus: Deadly Virus Claims Over 1,700 Lives In China

It is alleged that on the first anniversary of the Pulwama attack on February 14, the trio made a video in selfie mode, in which words like ‘Pakistan’, ‘Azadi’ and ‘Zindabad’ can be heard. A song, which is said to be used by the Media Wing of the Pakistan Army, can also be heard in the background. After the video went viral on February 14, the three students were targeted by saffron organisations in Hubli. According to media reports, workers of the Bajrang Dal, Shri Ram Sena and Vishva Hindu Parishad tried to attack them. When the police took the three accused to the Gokul Road Police Station after arresting them, members of saffron organisations gathered there too and raised slogans. When the Hubli Police took the three students to the court for a hearing on Monday, workers of saffron organisations and lawyers gathered there as well and tried to attack the police van.